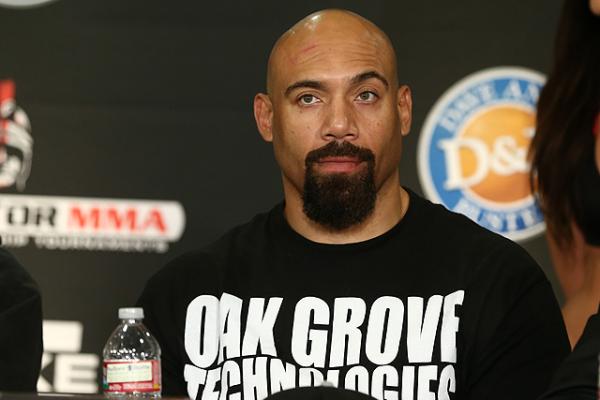 
A heavyweight showdown between Lavar Johnson and Eric Prindle appears to have been booked for the the California-based The Warriors Cage promotion’s next event on June 26.

The bout, along with the rest of the evening’s card, is listed on the Eagle Mountain Casino website. Bellator and Strikeforce veteran Waachiim Spiritwolf is scheduled to appear in the co-main event opposite J.C. Llamas. The Warriors Cage has held all 21 of its events at the Eagle Mountain Casino in Porterville, Calif., since its inception in 2009.

A veteran of UFC, Strikeforce and most recently, Bellator MMA, Johnson was released by the Scott Coker-led promotion last year following back-to-back losses to Blagoi Ivanov and Cheick Kongo. Johnson went 1-3 in Bellator overall, with his lone victory coming against Ryan Martinez in March 2014.

Prindle, meanwhile, parted ways with Bellator last June following his third consecutive loss within the organization. “The American Soldier” went 3-5 with Bellator overall but is probably best remembered for his two bouts with Thiago Santos, both of which ended prematurely due to accidental groin strikes.