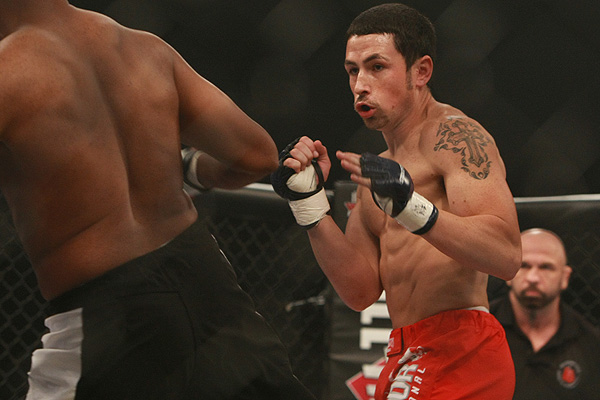 
Legacy Fighting Championship is set to invade Tulsa, Okla., on Sept. 11, with its event slated to be held inside Hard Rock Hotel and Casino. Legacy 45 will be televised live on AXS TV at 10 p.m. ET/7 p.m. PT.

The main event of Legacy 45 will be Dylan Smith versus Andrew Todhunter, while the co-main event will see Sean Soriano square off against James Warren, preceded by a battle between Ed Cline and J.C. Cottrell.

Smith, a Bellator and Strikeforce veteran, last fought in May 2014, when he submitted Henry Lindsay in the first round. Before that, he had dropped two straight and three of four overall. Todhunter has yet to lose in the pro MMA ranks and has looked sensational in his still-blossoming career. He’s submitted every foe he’s faced, with only two opponents able to make it into the second round.

Soriano is hoping to gather the pieces of his career when he locks horns with Warren in the co-feature. Soriano had won the first eight fights of his career, but when he got the call up to the UFC, he dropped three in a row before being released. He last fought in January, when he was brabo choked by Charles Rosa in the third frame. Warren is also trying to reverse his ways; he lost to Zac Church in his last outing, which was on the Legacy 41 card in April.

Cottrell has won his last four bouts, three by way of submission. The Bellator veteran will look to utilize his grappling prowess against Cline, who is coming off a loss to Dave Burrow last September. He’s lost two of three overall.