The undefeated Englishman leaned on a hyperactive guard that produced some near-finishes, as he took the Bellator MMA light heavyweight championship from Emanuel Newton with a unanimous decision in the Bellator 134 headliner on Friday at the Mohegan Sun Arena in Uncasville, Conn. All three judges gave McGeary the nod: 48-46, 48-47 and 48-47. 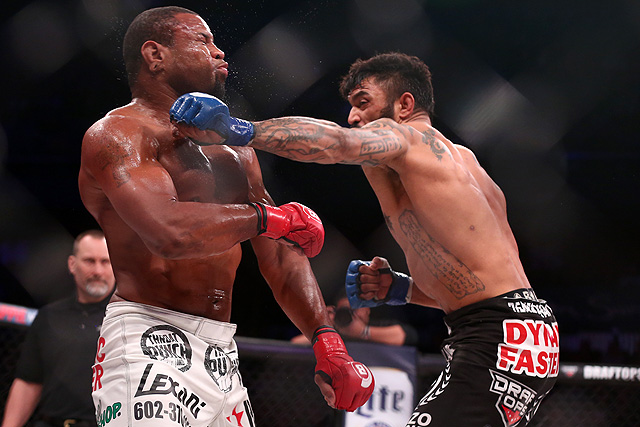 (+ Enlarge) | Photo: Dave Mandel/Sherdog.com
McGeary took Newton's title.
Newton (25-8-1, 8-2 Bellator) elected to forgo the standup in favor of a ground battle, and his decision proved costly. McGeary met his persistence with unyielding aggression from the bottom, transitioning from one submission to the next. The Renzo Gracie protégé set the pace in the first round, where he threatened with triangle chokes, triangle armbars, armbars and a keylock.

McGeary (10-0, 7-0 Bellator) closed out rounds two and three in triangle position, as well -- he had Newton in serious trouble in the waning moments of the third, as he tightened the choke from a mounted position and dropped elbows and punches.

The fourth and fifth frames appeared to go more to Newton’s liking, as he did a better job of navigating McGeary’s guard and piling up points from top position. Still, his efforts were not enough to keep the 205-pound title from changing hands. The defeat snapped Newton’s run of seven straight victories. 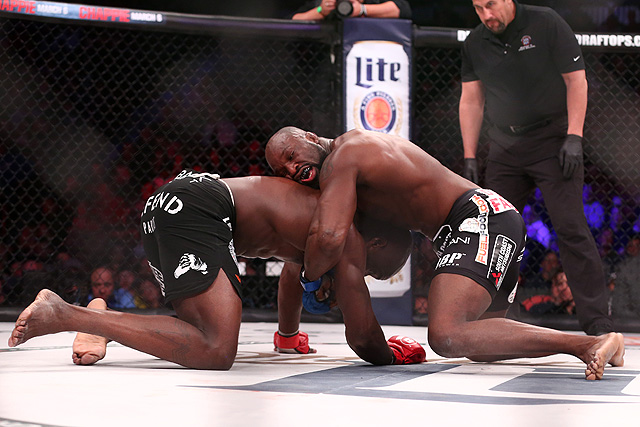 Save for a few stinging leg kicks and sporadic jabs, Kongo did nothing noteworthy from an offensive standpoint. Lawal closed to the distance with ease, neutralizing the Frenchman with takedowns and a suffocating top game. Boos howled throughout the arena as the action often grinded to a crawl. Lawal, 34, ignored them and remained true to his game plan. The polarizing American Top Team representative will ride a three-fight winning streak into his next appearance. 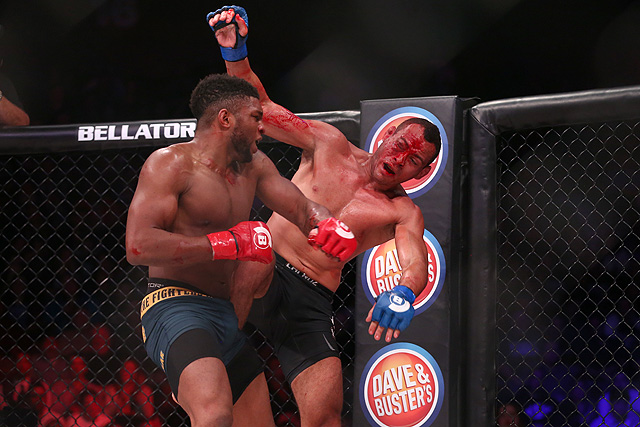 
Clubbing power punches, savage knees from the clinch and damaging ground-and-pound carried former Cage Rage champion Paul Daley to a unanimous decision over Andre Santos in a featured pairing at 170 pounds. Daley (36-13, 2-0 Bellator) swept the scorecards with 29-27, 29-28 and 29-28 marks from the cageside judges.

Santos (37-10, 1-1 Bellator) refused to wilt. Daley floored him with a right hand in the first round, weathered the Brazilian’s left hook and choke-heavy submission game in the second and overcame fatigue to do his best work in the third.

There, Daley dropped the Renovacao Fight Team representative with a clean left hook and swarmed with strikes: Hammerfists, standing-to-ground punches and elbows all landed. Lesser men might have quit, but a weary Santos returned to an upright position. Daley then opened a cut between his eyes with an overhand right and leveled him with a knee strike to the face. Again, brutal ground-and-pound followed, and again, Santos survived.

His six-fight winning streak nearing its end, Santos struck for a pair of takedowns and achieved full mount in the final minute of the bout. However, the Hail-Mary finish he needed did not present itself. 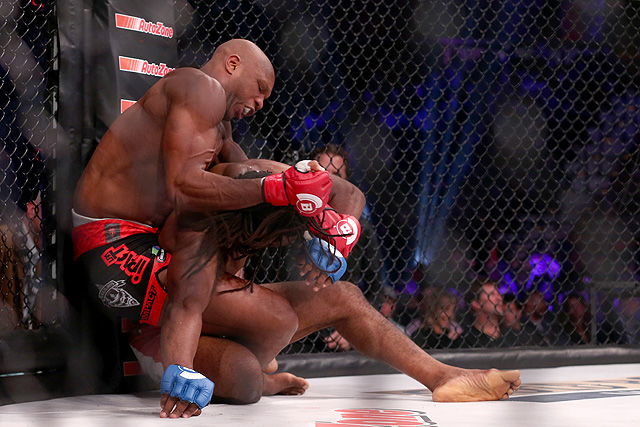 (+ Enlarge) | Photo: D. Mandel/Sherdog.com
Vassell took Sokoudjou's back and
then took over the fight.

Vassell (15-4, 4-1 Bellator) controlled the entire match with takedowns and superior topside grappling. The 31-year-old Blackzilians representative set the tone with a dominant first round and picked up where he left off in the second.

There, Vassell executed a takedown, advanced to Sokoudjou’s back and flattened out the Cameroonian judoka and unleashed with methodical punches and elbows for the stoppage.

Vassell has rattled off 10 wins in his past 11 appearances. 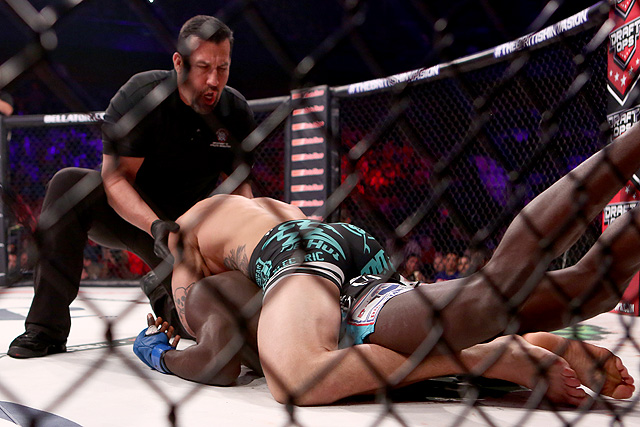 (+ Enlarge) | Photo: D. Mandel/Sherdog.com
Ward held it down for Connecticut.
Bellator Season 9 tournament winner Brennan Ward made a successful transition to 170 pounds, as he submitted the previously unbeaten Curtis Millender with a first-round rear-naked choke in a featured welterweight matchup. Ward (10-3, 6-3 Bellator), who filled in for the injured Michael Page, brought it to a close 1:37 into round one.

Millender (7-1, 0-1 Bellator) failed to fully utilize his four-inch height and seven-inch reach advantage. Ward waded through sharp strikes, backed up the Californian with shots of his own and knocked him off-balance with a two-punch combination.

The 26-year-old Connecticut native then jumped to the fallen Millender’s back, flattened out the prospect and cinched the choke for the tapout. 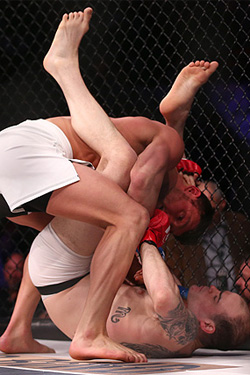