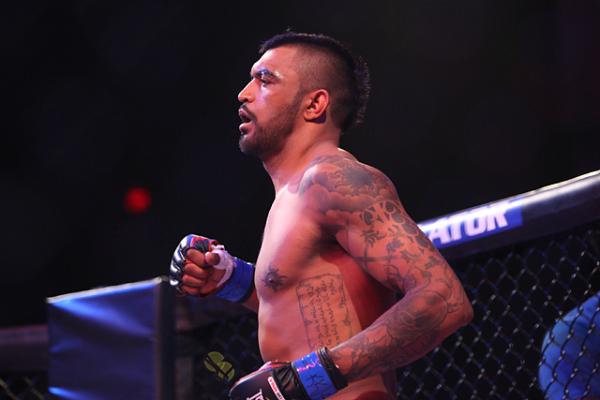 Liam McGeary is 3-0 in the Bellator cage. | Keith Mills/Sherdog.com


The stakes have been raised on a Bellator 118 light heavyweight showdown between Liam McGeary and Mike Mucitelli.

Bellator officials recently announced that the 205-pound pairing will now serve as a Summer Series light heavyweight tournament quarterfinal. Bellator 118 takes place May 2 at Revel Casino Hotel in Atlantic City, N.J., and is headlined by a bantamweight title clash between Eduardo Dantas and Joe Warren.

A six-fight pro, McGeary has yet to taste defeat, earning half of his victories inside the Bellator cage. The Englishman last competed on Nov. 15, when he scored a 91-second submission victory over Mojtaba Najim Wali at Bellator 108.

Like his opponent, Mucitelli has also been perfect as a pro, with a September no-contest serving as the only blemish on his ledger. Following that result, “Crazy” returned to action in November, outpointing Ryan McCurdy in a unanimous verdict at Bellator 107.