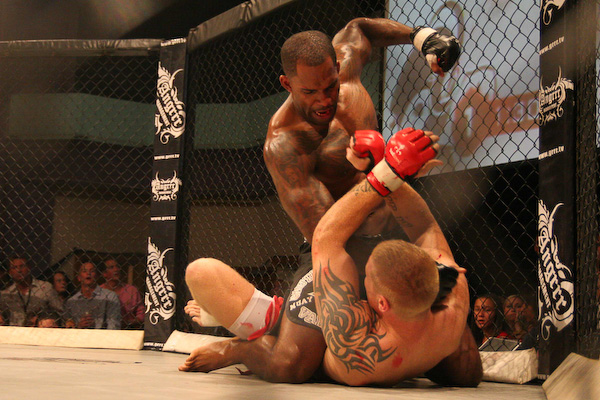 A pair of hard-hitting light heavyweights will square off when the UFC returns to London on Feb. 16, as promotion officials announced Friday that Jimi Manuwa will face Cyrille Diabate at UFC on Fuel TV 7.

Known for his superior punching power, Manuwa has thus far been perfect in his four-year pro career, competing primarily for the Ultimate Challenge MMA promotion in his adopted home country of England. Most recently, the 32-year-old “Poster Boy” made his Octagon debut on Sept. 29, battering Kyle Kingsbury before the cage-side physician halted the UFC on Fuel TV 5 contest prior to the start of round three.

Diabate, 39, was last seen on Nov. 17 at UFC 154, dropping former Strikeforce heavyweight Chad Griggs with strikes before finishing off “The Gravedigger” with a rear-naked choke. The triumph marked the third victory in the last four outings for “The Snake,” who has earned wins over Luiz Cane, Steve Cantwell and Tom DeBlass since joining the UFC in 2010.