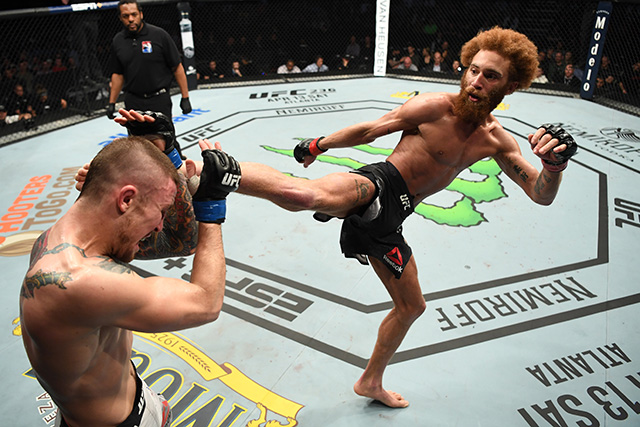 Luis Pena will square off against Khama Worthy at a UFC event on June 27.

MMAjunkie.com was first to report the lightweight bout. The card takes place at the UFC Apex in Las Vegas and is headlined by a 155-pound matchup between Dustin Poirier and Dan Hooker.

A competitor on Season 27 of “The Ultimate Fighter,” Pena has won three of his last four promotional outings. Most recently, “Violent Bob Ross” garnered a unanimous decision victory against Steve Garcia at UFC Fight Night 169 on Feb. 29.

Worthy, meanwhile, scored a considerable upset in his Octagon debut when he defeated Devonte Smith via first-round TKO at UFC 241 last August. Worthy is on a six-fight winning streak overall.