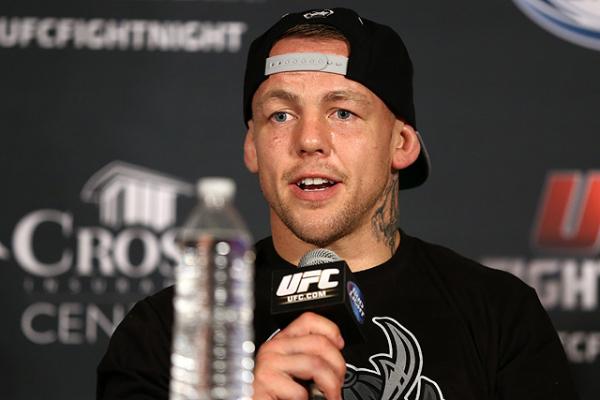 Ross Pearson bounced back from a contentious defeat in style. | Dave Mandel/Sherdog.com


A lightweight matchup between Ross Pearson and Al Iaquinta will serve as the co-main event for the UFC’s Nov. 8 trip to Australia.

The promotion announced the pairing on Thursday. UFC Fight Night "Rockhold vs. Bisping" takes place at the Allphones Arena in Sydney and features a 185-pound clash between Luke Rockhold and Michael Bisping. The card will stream in its entirety on UFC Fight Pass.

The runner-up on Season 15 of “The Ultimate Fighter,” Iaquinta has won four of his last five since falling to Michael Chiesa at the reality show’s finale. The Serra-Longo Fight Team product last appeared at UFC Fight Night “Jacare vs Mousasi 2,” where he earned a second-round TKO victory over Rodrigo Damm.