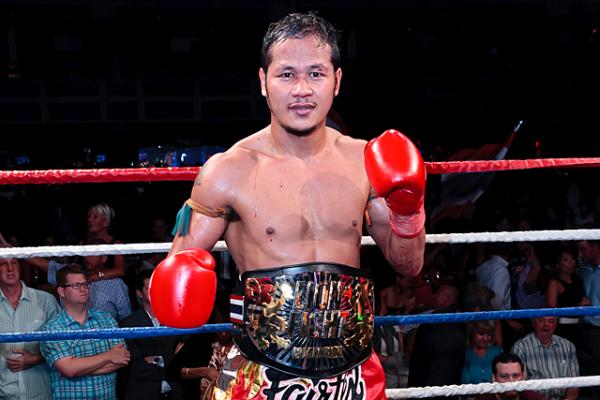 
Kickboxing promotion Lion Fight has released the first two names of competitors for its Sept. 5 card at The Joint inside Hard Rock Hotel and Casino in Las Vegas.

Women’s welterweight champion Jorina Baars, best known for her victory against Cristiane "Cyborg" Justino at Lion Fight 14, will return to action in America alongside Yodsanklai Fairtex, the promotion’s middleweight champion.

“Lion Fight is bringing two of the best Muay Thai fighters, Yodsanklai Fairtex and Jorina Baars, back to the U.S. for Lion Fight 18 at the Hard Rock in Las Vegas,” said Lion Fight CEO Scott Kent in a press release. “In the world of muay Thai, no name is bigger than Yodsanklai Fairtex, and to have him fight on the same night as Jorina Baars, who just defeated the baddest woman on the planet, Cris ‘Cyborg,’ makes Lion Fight 18 a mega-fight for fans everywhere.”

While Lion Fight has yet to release the names of the two titleholders’ opponents, the release states that this along with the card’s other bouts will be announced soon.

The event will serve as the first time both Baars and Fairtex will defend their titles and will be televised on AXS TV.