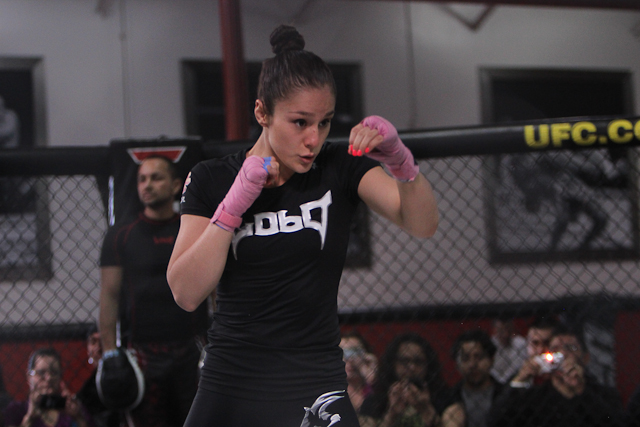 Souza submitted Katja Kankaanpaa with a fourth-round triangle choke in the Invicta 12 main event on April 24 to capture the 115-pound strap. The 24-year-old Brazilian is 8-0 as a professional and has finished seven of her opponents via submission. Souza’s win over Kankaanpaa marked her first MMA bout outside of Brazil.

Grasso, 21, is 3-0 under the Invicta banner. Most recently, the Lobo Gym product scored a unanimous verdict over Mizuki Inoue at Invicta FC 11 on Feb. 27. Grasso also owns victories against Alida Gray and Ashley Cummins within the all-female promotion. Four of her seven professional triumphs have come via knockout or technical knockout.