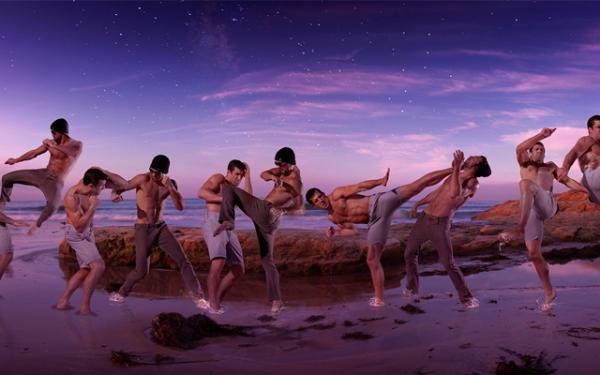 Sidelined for now, Luke Rockhold is the subject of an Optical Panacea art exhibit this weekend.


Luke Rockhold may be on the mend, but the former Strikeforce champion has a clear idea of whom he would like to face when he steps back into the Octagon.

Rockhold suffered a broken index toe in his most recent outing, a one-sided submission victory over Tim Boetsch last month at UFC 172, and the injury has been stubborn in its refusal to heal quickly. While the middleweight admits that this is at least in part due to his inability to stay off the damaged digit, Rockhold is nevertheless already eyeing one ideal matchup for his return to action: a rematch with Vitor Belfort.

“I think [a title shot in 2014] is definitely a possibility. I want to get the belt, but I don’t want to be a paper champion,” Rockhold recently told Sherdog.com. “There’s a guy that beat me, and I feel like I need to beat him to be the best in the world. I’d definitely like to return the favor. Whenever that guy comes back, that’s who I’d prefer over everybody.”

Belfort knocked out Rockhold with a spinning heel kick in their UFC on FX 8 confrontation one year ago and was then poised to challenge Chris Weidman for the middleweight title at UFC 173. However, “The Phenom’s” future was drastically altered earlier this year, when the Nevada Athletic Commission banned testosterone replacement therapy (TRT), forcing the hard-hitting southpaw out of the matchup.

While the loss to Belfort was undoubtedly a bitter pill to swallow at the time, Rockhold believes that the setback contributed significantly to his dominant finishes of Boetsch and Costas Philippou.

“That loss to Vitor was probably one of the best things to happen to me. It gave me perspective and it really made me rethink my style and where I’m best,” said Rockhold. “If I rush things too much, I take unwarranted shots. Whereas, if I wait and relax and find my range and let the fight come to me, that’s when I’m like a sniper. I know my striking is up there with the top [fighters], and I believe my wrestling and jiu-jitsu are, as well. When I’m relaxed, everything works better.

“I was a little nervous in that fight, and I tried to rush things at first. I finally started to relax, and then out of nowhere came the kick,” he continued. “Losing makes you rethink everything and focus on how to be your best. That’s what I’ve always done. The last time I lost was in 2007, and I went on a nine-fight win streak and won the [Strikeforce] belt. That was a big step, and now this is the next step.”

Rockhold will undergo another X-ray on his toe this week to reevaluate where the injury stands, after which he will appear this Friday and Saturday at the Mandalay Bay Resort and Casino to promote his new Optical Panacea art exhibit. Rockhold is the latest UFC fighter to appear in the composite photography art, which has previously showcased the likes of Randy Couture, Wanderlei Silva, Antonio Rodrigo Nogueira and Optical Panacea co-owner Urijah Faber. Prior to squaring off with Boetsch, Rockhold invited owner and artist Sam Hon to his home turf in Santa Cruz., Calif., and the two hit the beach to capture Rockhold in his element.

“I’ve seen what he’s done, and we’ve been friends for a while. His art is pretty amazing stuff, and to actually see how he does it, the guy goes 100 miles an hour,” said Rockhold, who will appear from 12 noon to 2 p.m. on Friday and Saturday to promote the artwork. “The pieces are amazing -- the sequences he puts together. He captures each person’s own style to match their personality.

“It’s a little more enjoyable when you’re on the beach, getting tan and doing tornado kicks off of big rocks and logs. I don’t like just posing and modeling, but to actually catch the action and the motion, that’s more of a challenge. I’ve got to get to a certain point and execute the technique so that he can get the shot. We’re working together, and it definitely makes it more fun.”

When Rockhold does return to the cage, he believes he his MMA future will be a bright one, and the 29-year-old is doing everything he can to ensure that he maximizes his potential during the time that many consider to be an athlete’s most fruitful years.

“Turning 29, you start to see the window potentially closing at any time with injuries,” said Rockhold. “I’m coming into my prime, and I’m trying to be the best that I can be. I’m covering all my bases health-wise with my diet and training and whatever I can possibly do to be the best.”