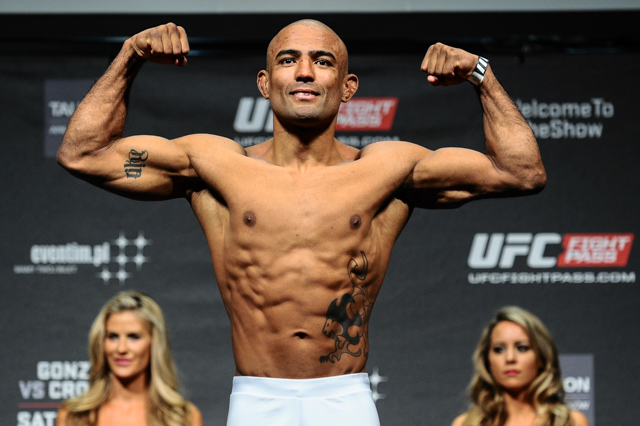 
Lyman Good has suffered an undisclosed injury and has pulled out of a proposed welterweight bout with Omari Akhmedov at UFC Fight Night “VanZant vs. Namajunas.”

As a result, Sergio Moraes will take Good’s spot on the Dec. 10 card opposite Akhmedov. The promotion announced the change on Wednesday evening. UFC Fight Night takes place at The Chelsea at the Cosmopolitan in Las Vegas and is headlined by a strawweight showdown between Paige VanZant and Rose Namajunas.

Akhmedov, meanwhile, has been victorious in three of his first four Octagon appearances. He last appeared at UFC Fight Night in New Orleans, where he defeated Brian Ebersole when his opponent suffered a knee injury in the first round.