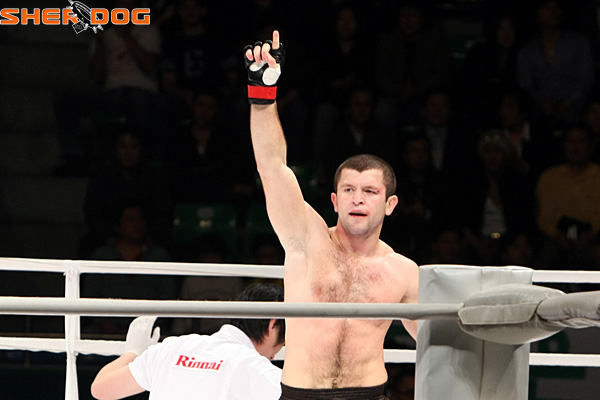 
M-1 Global has stumbled across a few issues for its next MMA event, but it wasn’t something a couple a logistical alterations couldn’t solve. The promotion announced Thursday afternoon that its M-1 Challenge 61 card had to be delayed and moved to a new country.

The event was originally slated to take place Sept. 5 as the second annual M-1 Challenge show in Beijing, but it coincided with China’s 70th anniversary celebration of its victory over Japan at the end of World War II. Chinese authorities have prohibited major events in the country from Aug. 20 through September.

Now, M-1 Challenge 61 will take place on Sept. 19 in Ingushetia, Russia. Magomed Sultanakhmedov will return to action for the first time in four-plus years to face Brazilian Marcelo Brito in one of the night’s featured bouts.

Sultanakhmedov captured the M-1 Global middleweight title in 2011 when he knocked out Tyson Jeffries in the second round. Brito last fought on the M-1 Challenge 58 card in June, where he lost a five-round war via decision to Murad Abdulaev for the vacant welterweight title.

Slated to headline the event will be M-1 Challenge heavyweight champion Marcin Tybura defending his crown against Ante Delija. Tybura captured the title last August when he choked out then-champ Damian Grabowski in the first round. The powerful Pole defended his title against Denis Smolderav in November, but was stopped in his next bout, which was the first loss of his career. The setback came against M-1 Challenge light heavyweight champ Stephan Puetz in their non-title “super bout” back in May on the M-1 Challenge 57 card.

Delija has won his last five bouts, with only one of them going the distance.