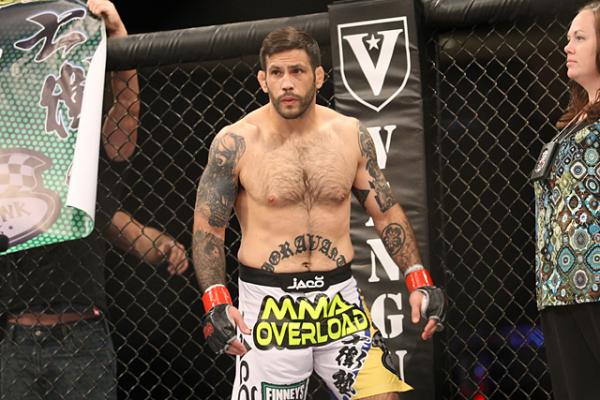 Luigi Fioravanti has gone 4-2 since returning to MMA in 2013. | Photo: Keith Mills/Sherdog.com


M-1 Global has added a second championship bout to its next event, as middleweight titleholder Ramazan Emeev will defend his belt against well-traveled UFC veteran Luigi Fioravanti on the main card of M-1 Challenge 63.

The matchup was announced over the weekend by the Russian organization, which also revealed that the event will now take place Dec. 4 at the St. Petersburg Sports and Concert Complex.

Originally set for Nov. 6 in Azerbaijan, the card will retain its planned headliner, a light heavyweight title rematch between champ Stephan Puetz and Viktor Nemkov. M-1 Challenge events previously announced for Nov. 26 and Dec. 18 have also apparently been scratched.

Emeev, 28, is currently on his second stint as M-1 Challenge middleweight champion. The Dagestan native won and defended the title with a pair of victories over Mario Miranda before running up against Vyacheslav Vasilevsky and suffering a fourth-round knockout in September 2014. Emeev reclaimed the title in April by choking out Vasilevsky in under two minutes at M-1 Challenge 56.

Fioravanti, 34, will challenge for his first M-1 belt after compiling a 4-2 record with the promotion in sporadic bouts since 2010. “The Italian Tank” last saw action in July, when he used a second-round rear-naked choke to defeat Sergey Kovalev and earn a title shot.