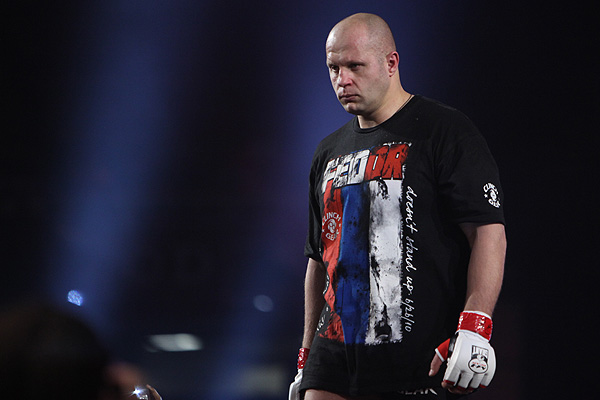 “The Last Emperor” appears to have made his last stand.

After competing for 12 years as a professional mixed martial artist, Fedor Emelianenko has officially retired, announcing his decision following a one-sided victory over Pedro Rizzo on Thursday at M-1 Global "Fedor vs. Rizzo".

Sherdog.com confirmed the news Saturday morning with M-1 Global Director of Operations Evgeni Kogan, who verified that Emelianenko will call it a career in order to spend more time with his family and watch his daughters grow up.

Emelianenko wasted little time in dispatching the former three-time UFC title challenger at the Ice Palace in St. Petersburg, Russia, blitzing Rizzo with a punch combination that toppled the Brazilian before relieving him of his consciousness with ground-and-pound. The result marks the third consecutive win for Emelianenko, who previously notched victories over Jeff Monson and Satoshi Ishii to close out last year following a 1-3 stretch in the Strikeforce cage.

Once regarded as the sport's top heavyweight, Emelianenko strung together nine years without a loss while capturing the Pride Fighting Championships heavyweight title in Japan. During his time in the Pride ring, Emelianenko bested the likes of Semmy Schilt, Heath Herring, Kazuyuki Fujita, Mirko Filipovic, Mark Coleman (twice) and Antonio Rodrigo Nogueira (twice), among others.

After the fall of the Japanese organization in 2007, Emelianenko joined the short-lived Affliction promotion after negotiations between his management and the UFC faltered, finishing former UFC champions Tim Sylvia in 2008 and Andrei Arlovski the following year in what would be Affliction's second and final show.

Emelianenko, 35, retires without ever competing in the Octagon. Though the Russian sambo practitioner's management again engaged in negotiations with the Las Vegas-based promotion following Affliction's collapse, the parties could not come to terms and Emelianenko signed with then-rival Strikeforce, whose officials were willing to co-promote events with M-1 Global. After knocking out Brett Rogers in his first Strikeforce appearance, Emelianenko was finished by Fabricio Werdum, Antonio Silva and Dan Henderson before receiving his release last year.