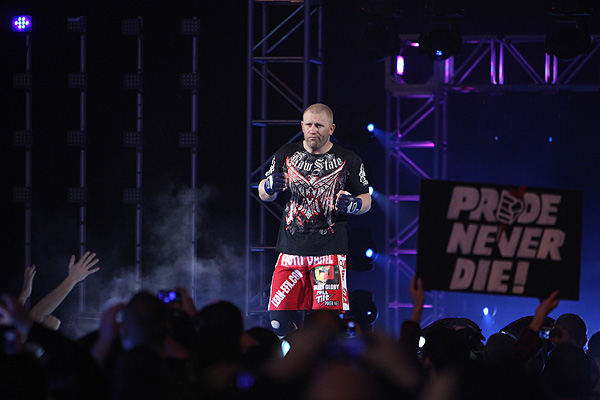 Sergei Kharitonov will be the star of M-1 Global's first trip to China. | Dave Mandel/Sherdog.com


Russian MMA promotion M-1 Global has signed a 10-year agreement to promote events in China on a yearly basis.

M-1 CEO Vadim Finkelchtein on Wednesday announced the news via press release, additionally revealing that the organization’s first event will take place Nov. 11 at MasterCard Center -- formerly known as Wukesong Arena -- in Beijing. That card will be headlined by former Pride Fighting Championships and Strikeforce heavyweight Sergei Kharitonov against an opponent to be determined.

MasterCard Center is primarily a basketball arena and was built specifically with the 2008 Olympic Games in mind. According to the release, it is one of the largest venues in China and can hold up to 18,000 spectators.

“It is a big deal for M-1 and MMA to have an event in China,” Finkelchtein said. “We plan to feature some of our best heavyweight fighters, including one of the best Russian fighters, Sergei Kharitonov. I think he will represent Russia as one of the strongest countries in MMA.”

“This event is very important for me,” Kharitonov stated in the release. “I am very pleased that Vadim Finkelchtein thinks I’m an elite athlete. I’m glad I got the invitation to fight, and I gladly accepted the offer.”