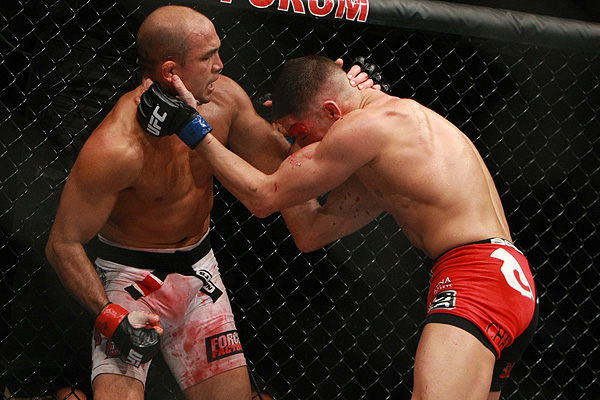 
Diego Sanchez was bruised and battered, but he’ll be back.

The fearless lightweight received multiple stitches for cuts on his forehead, lower lip, and right eyelid, but didn’t incur “major damage” from his five-round pummeling at the hands of champion B.J. Penn at UFC 107 in Memphis, Tenn., said his manager Jeff Clark.

Clark said the 27-year-old fighter did not break his nose, and was treated and released the same night from a local hospital.

Prior to Saturday’s loss, Sanchez has won four bouts in a row, which included recent nods against Joe Stevenson and Clay Guida. The bout marked the first time Sanchez had ever been stopped in 24 career bouts.