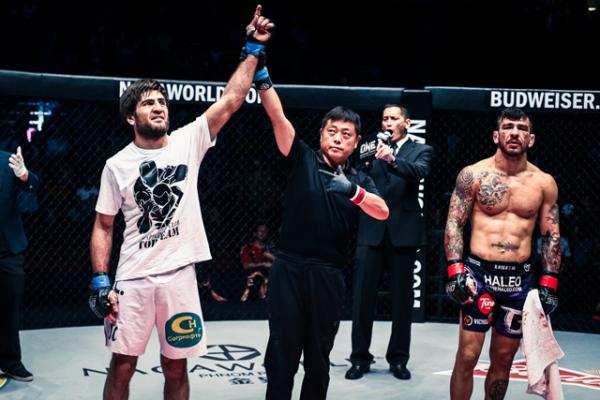 Marat Gafurov breezed by Rob Lisita at One FC 21. | Photo: One FC

The undefeated M-1 Global champion was brilliant in his One Fighting Championship debut, as he submitted Rob Lisita with a first-round rear-naked choke in the One FC 21 “Roar of Tigers” headliner on Friday at Putra Indoor Stadium in Kuala Lumpur, Malaysia. Lisita (14-7, 1-2 One FC) conceded defeat 68 seconds into round one.

Gafurov (10-0, 1-0 One FC) dropped the Phuket Top Team representative with a head kick, transitioned immediately to his back and cinched the choke for the tapout. The 29-year-old Russian has finished four of his last five opponents, three of them inside one round, and appears to be a clear threat to reigning One FC featherweight champion Jadamba Narantungalag. 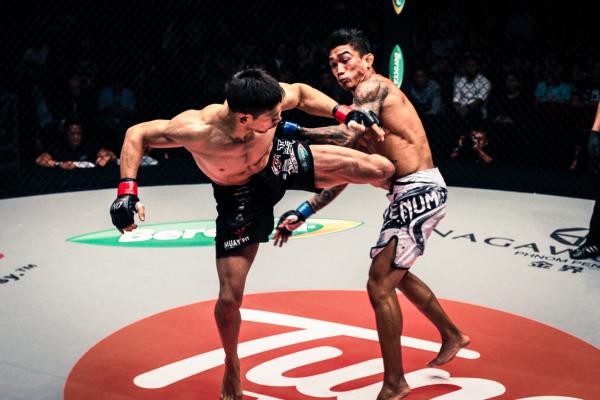 (+ Enlarge) | Photo Courtesy: One FC
Davis lit up Donayre in round one.
In the lightweight co-main event, Peter Davis recorded his third consecutive victory, as he dispatched Vaughn Donayre with first-round elbows. The end came 4:50 into round one. Davis (9-3, 6-1 One FC) wound up in bottom position following a failed guillotine but caught Donayre (7-3, 0-2 One FC) with a series of upkicks, drove him to his back and advanced immediately to full mount. From there, a volley of elbows drew it to a close.

Meanwhile, Ev Ting knocked out Edward Kelly with a second-round head kick in another featherweight showcase. Ting landed the decisive blow 4:28 into round two.

Ting (8-2, 2-0 One FC) neutralized and frustrated Kelly in the clinch for much of the match. In the final minute of the second round, the referee separated the two men, and upon the restart, Auckland MMA’s Ting fired a high kick that left Kelly (5-2, 0-2 One FC) unconscious.

Elsewhere, Ann Osman took care of Egyptian Top Team’s Aya Saeid Saber with a burst of first-round elbows in a featured women’s flyweight battle. Saber succumbed to the strikes 3:15 into round one. Osman (2-1, 2-1 One FC) initiated the clinch, dragged her taller counterpart to the mat and went to work with knees and elbows from side control. She ultimately shifted to full mount and let loose with a barrage of elbow strikes that Saber (2-5, 0-2 One FC) could not withstand. 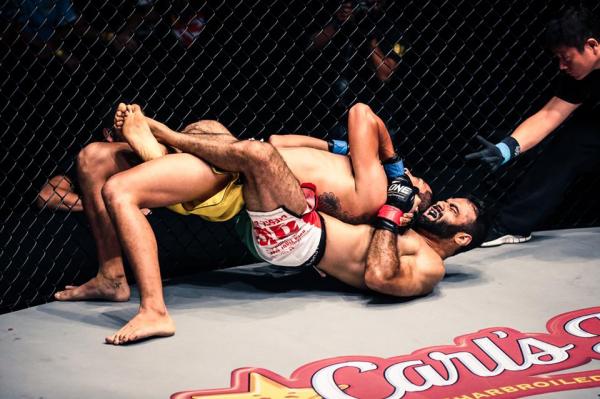