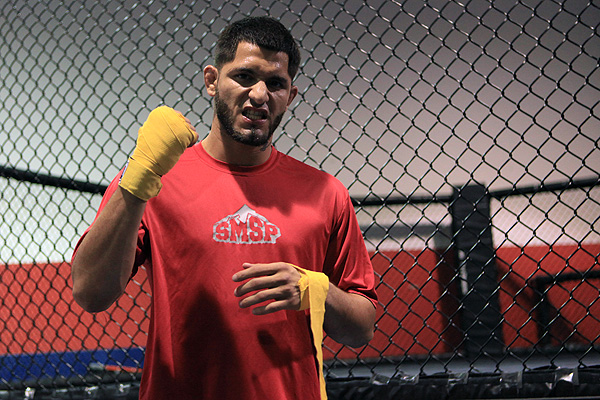 Jorge Masvidal will square off with Justin Wilcox, while Ryan Couture takes on Joe Duarte at Strikeforce “Rockhold vs. Kennedy.”

Nine bouts are now official for the July 14 event, which takes place at the Rose Garden in Portland, Ore. Headlined by a middleweight title collision between reigning belt holder Luke Rockhold and challenger Tim Kennedy, the evening's main draw airs on Showtime immediately following the undercard broadcast on Showtime Extreme.

Masvidal, 27, has not fought since stumbling in his attempt to capture the Strikeforce lightweight title from Gilbert Melendez this past December. Prior to that unanimous decision loss, “Gamebred” posted back-to-back wins last year, outpointing K.J. Noons and Billy Evangelista to earn his shot at the belt.

Wilcox looks to right his ship after suffering a 13-second knockout at the hands of Caros Fodor in his most recent outing. Before falling to “The Future” on Dec. 17, Wilcox fought Gesias Cavalcante to a no contest after receiving an accidental eye poke in the second round of their June 18 meeting. “The Silverback” had won six straight fights prior to his no-contest with “JZ”, besting Rodrigo Damm, Vitor Ribeiro, Shamar Bailey and Daisuke Nakamura in that span.

The son of former five-time UFC champion Randy Couture, Ryan has posted a 4-1 record since beginning his pro career nearly two years ago. Known for his submission skills, Couture sustained his first loss to Matt Ricehouse last year but rebounded with a pair of wins, topping Maka Watson and Conor Heun in September and March, respectively.

Formerly a contestant on “The Ultimate Fighter” Season 8, Duarte enters his bout with Couture riding a five-fight winning streak. The 28-year-old competed twice in 2011, submitting Saad Awad in April before outpointing Jorge Gurgel at Challengers 18 in August.