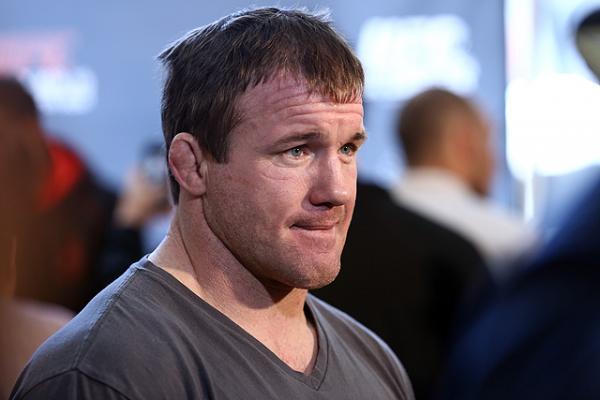 
Matt Hughes and Renzo Gracie first fought at UFC 112 in 2010. Five years later, they will meet again – this time in a different combat arena.

On Wednesday, the Abu Dhabi Combat Club announced that Huges and Gracie will compete in a super fight at next year’s ADCC Submission Wrestling World Championships in Manaus, Brazil. The event is tentatively scheduled for Sept. 2015.

In addition to that match, Sherdog.com has confirmed with Peter Ivanov Baltaliyski of the ADCC commission that Andre Galvao will take on Roberto "Cyborg" Abreu and Mario Sperry will battle Ricardo Liborio at the event, putting the number of super fights at three. Gracie’s mixed martial arts career ended following his loss to Hughes, but prior to that, Gracie won two ADCC gold medals of his own. The sixth degree black belt took the 1998 and 2000 titles.

Since retiring from competition, Gracie founded the The Renzo Gracie Fight Academy, with schools in Europe, Asia and North America.

Hughes last competed at the world renowned tournament in 2000, beating Ricardo Almeida and Jeremy Horn before losing to Jeff Monson and Tito Ortiz.

The former UFC welterweight champion was last in action at UFC 135 in 2011, losing to Josh Koscheck via technical knockout. Since then, Hughes has set up shop as the Vice President of Athlete Development and Government Relations for the UFC.

In preparation for the match, the 40-year-old will be training alongside fellow ADCC 2015 competitor and Brazilian jiu-jitsu black belt Liborio, who is the head instructor and co-founder of American Top Team in Coconut Creek, Fla. The three-time Brazilian national champion has competed at three ADCC competitions himself.

I will be training with @LiborioATT at the @AmericanTopTeam gym for the ADCC 2015. Team #libo-hughes

Sperry, better known as “Zen Machine,” holds a 13-4 MMA record in promotions such as the Pride Fight Fighting Championships and Cage Rage. He is perhaps best known for tapping Royler Gracie during a 1998 match in Brazil, making him first fighter to submit a member of the Gracie family. Sperry is the first World Submission Grappling Champion, a title he held from 1996 to 1998.

Galvao, who will also headline Metamoris 4 against Chael Sonnen, owns a 5-2 mark in MMA but is more widely acclaimed for his credentials in the grappling world. The San Diego, Calif., resident previously won the 2011 ADCC championship in the absolute division.

His opponent, Abreu, is also a ADCC absolute division titleholder, winning the tournament in 2013. “Cyborg” also owns gold medals from the 2010, 2011 and 2012 IBJJF No-Gi World Championships.