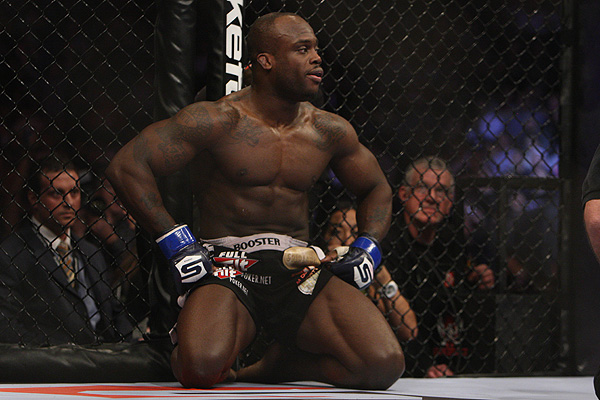 Melvin Manhoef has suffered an injury to his left leg that will prevent him from fighting Mamed Khalidov in the KSW 21 headliner.

Sherdog.com was notified of the news by KSW co-founder Martin Lewandowski on Tuesday. Details on Manhoef’s injury were not immediately available, though more information should be available shortly. Lewandowski said that he is currently searching for an injury replacement to fight Khalidov at the Dec. 1 event, which takes place at Torwar Arena in Warsaw, Poland. In addition to the planned headliner, the show will also feature a trio of title fights, as the middleweight, welterweight and lightweight belts will all be up for grabs.

Manhoef, 36, was set to make his KSW debut. The Surinamese-born Dutchman would have ridden a two-fight winning streak into his foray with the Polish promotion, as “No Mercy” most recently knocked out middleweight King of Pancrase Ryo Kawamura on Oct. 6.

Three weeks prior, the former Cage Rage light heavyweight champion snatched a split decision from Jae Young Kim in the Road FC 9 headliner in South Korea. Known for his striking prowess and aggression, Manhoef owns 24 of his 26 victories by way of knockout and has gone the distance just twice in nearly 17 years as a pro.