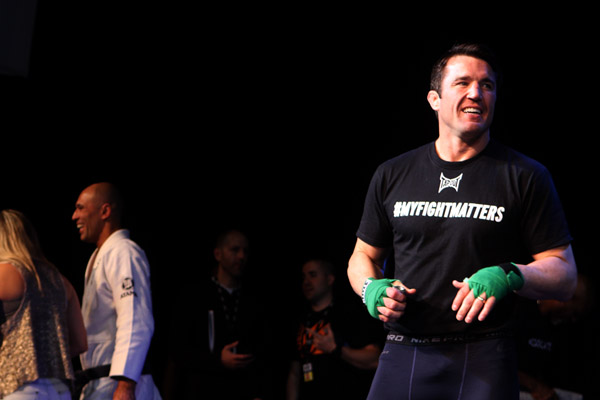 
Two failed drug tests in one month’s time cost Chael Sonnen both his fighting career in the Octagon and his analyst’s chair at UFC Tonight.

However, Sonnen will be able to keep at least one high-profile obligation this summer. Earlier this week, multiple outlets reported that Sonnen would remain in the Metamoris 4 headliner opposite Andre Galvao on Aug. 9.

On Wednesday, Metamoris founder Ralek Gracie issued a statement regarding the former middleweight and light heavyweight title challenger via Twitter. The entire statement is as follows:

We are not cutting Chael Sonnen from the Metamoris 4 card on August 9th.

Why not? Because we don’t currently test for PEDs, and we are not an MMA organization. Metamoris is a grappling event with different rules, and we require our own unique set of regulations for all aspects of participation.

We are concerned about the issue of PEDs overall, but we have a lot of research and work to do before accurately defining our stance. Due to the instability and controversy surrounding the regulation of PEDs, we are taking our time to discover the best approach and fit for our organization.

Lastly, for the people who understand the level of opposition Chael is facing at Metamoris 4, his use of any supplement or drug is not likely to provide any advantage whatsoever. Chael is a world class wrestler and MMA fighter, and his participation is an exciting way for our fans to see something they don’t normally see.