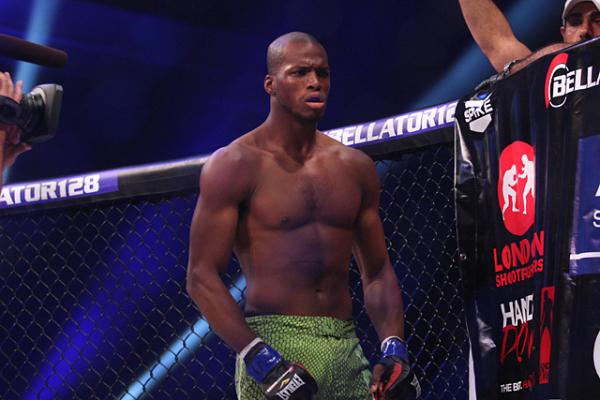 Michael Page is the latest Brit to be scratched from Bellator 134. | Photo: Keith Mills/Sherdog.com

MMAFighting.com first reported Page’s removal from Bellator 134 on Monday, and promotion officials subsequently confirmed that a cut was the cause.

The event, which takes place Friday at Mohegan Sun Arena in Uncasville, Conn., has been plagued with injuries which have nixed numerous fights, including a welterweight title bout between Douglas Lima and Paul Daley, as well as a heavyweight duel featuring James Thompson and Bobby Lashley.

Taking Page’s place on the main card will be Brennan Ward, a former middleweight contender who will drop to welterweight to face Millender. Since winning Bellator’s ninth-season middleweight tournament, Ward has suffered back-to-back losses, submitting to Alexander Shlemenko last March before falling via 21-second knockout against Tamdan McCrory in September. Millender, a wrestling convert, has compiled a perfect 7-0 record since making his professional debut 24 months ago.