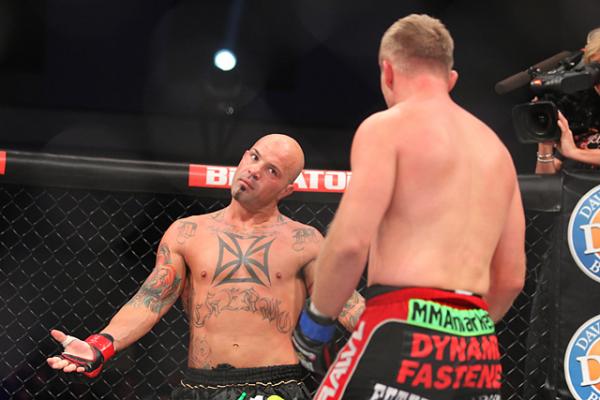 
Doug Marshall tested positive for a banned substance following his Bellator 109 defeat this past November at the Sands Casino Event Center in Bethlehem, Pa.

Sherdog.com Tuesday verified the news with Gregory Sirb, executive director of the Pennsylvania State Athletic Commission, but no specifics were revealed regarding the positive test or a suspension. TheMMAReport.com first reported Marshall’s results.

Marshall was knocked out by Alexander Shlemenko in a failed bid to capture the middleweight title at Bellator 109. Shlemenko felled “The Rhino” in the first round of their encounter, dropping the former World Extreme Cagefighting titlist with a body shot near the end of the opening period.

A 10-year pro, Marshall, 36, joined Bellator last year, rattling off four consecutive victories and capturing the Season 8 middleweight tournament crown with a devastating knockout of Brett Cooper this past April. The Californian was initially expected to challenge “Storm” in September, but a broken hand postponed their meeting until Nov. 22.