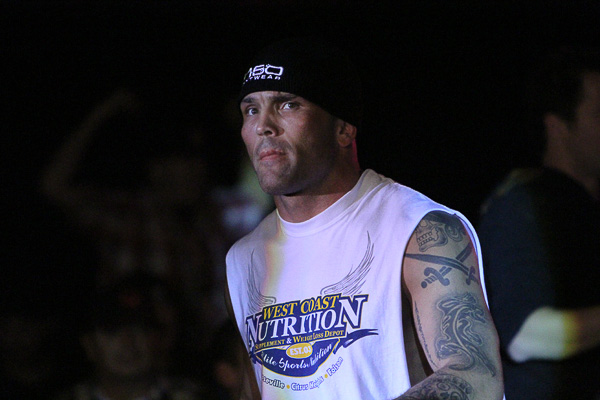 James Irvin is returning to the cage. | Jeff Sherwood/Sherdog.com

The Spike TV-broadcast event will additionally feature the opening round of Bellator’s Season 11 middleweight tournament and will take place at Mohegan Sun Arena in Uncasville, Conn. Tournament participants, along with the Bellator 123 main event, will be announced in the coming weeks.

Irvin, 35, fought for both the UFC and World Extreme Cagefighting from 2004 to 2010 but has competed on the local circuit since his Octagon release, going 3-3 with one no contest in his last seven outings. “The Sandman” last fought in April 2012, suffering a second-round knockout to Scott Rosa under the Gladiator Challenge banner.

Ten years younger than his foe, Ward ran through Bellator’s Season 9 middleweight tournament, stopping Justin Torrey, Joe Pacheco and Mikkel Parlo to secure his shot at champion Alexander Shlemenko. “Storm” proved too much for the prospect to handle, however, as Ward was submitted by the Russian in a failed March 28 title bid.