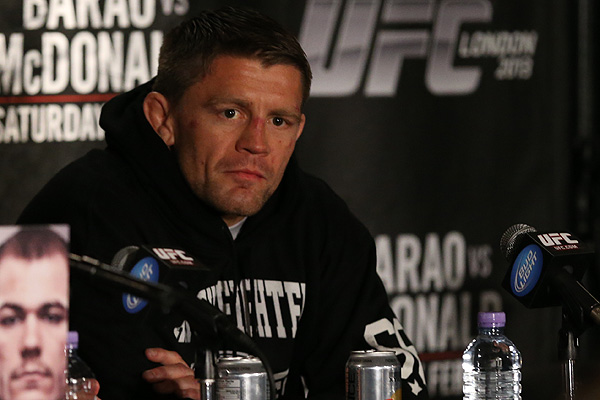 The Oct. 26 event takes place at the Phones 4U Arena in Manchester, England, and is headlined by a pivotal 185-pound confrontation between Michael Bisping and Mark Munoz. The evening’s main card airs live on Fox Sports 1, while Fox Sports 2 and Facebook are expected to handle the prelims.

Watson has gone 1-2 in his Octagon career thus far after reigning as the British Association of Mixed Martial Arts middleweight titlist for nearly two years. The 31-year-old made his UFC debut last year in a split decision loss to Brad Tavares but rebounded from the setback by knocking out previously unbeaten Bulgarian talent Stanislav Nedkov this past February. Most recently, however, Watson was out-grappled and outpointed by former UFC title challenger Thales Leites on Aug. 3 at UFC 163.

Sakara, meanwhile, has not competed since November 2012, when he was disqualified for hitting Patrick Cote in the back of the head at UFC 154. “Legionarius” rides a three-fight skid into his confrontation with Watson and has not won a UFC bout since March 2010, when he knocked out James Irvin at UFC Live 1.