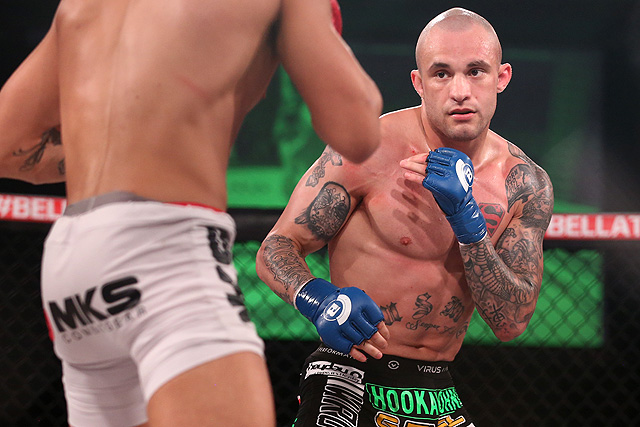 
Bantamweight fighter Mike Richman has tested positive for a performance-enhancing drug following his latest bout in the Bellator MMA cage.

Multiple sources Tuesday confirmed to Sherdog.com that Richman failed a post-fight drug test administered by the California State Athletic Commission after his unanimous decision loss to Eduardo Dantas at Bellator 137. The event took place May 15 at Pechanga Resort and Casino in Temecula, Calif.

While test results from the event have not yet been announced by CSAC, sources tell Sherdog.com that the 29-year-old Minnesota native tested positive for the anabolic steroid drostanolone, also known as Masteron.

Sherdog.com has also learned that welterweight Fernando Gonzalez tested positive for marijuana following his third-round submission of Curtis Millender at the same event.

According to a report from MMAJunkie.com, Richman has been suspended for two years by the CSAC, while Gonzalez has been given a 90-day suspension for his second failure due to marijuana.

“Andy Foster of the California State Athletic Commission has notified us of two positive tests following Bellator 137, Mike Richman for PED’s and Fernando Gonzalez for Marijuana. We’ve been informed that these fighters will be subject to suspensions and a fines. We here at Bellator stand behind the commission 100-percent in this process and remain committed to keeping MMA clean of substance abuse.”

The bout between Richman and Dantas was nearly called off after Richman weighed in at 139.2 pounds, a full three pounds over the bantamweight limit. However, Dantas eventually agreed to accept the fight at a catch-weight and used repeated takedowns to best Richman in two of three rounds.

A former U.S. Marine, Richman holds a career record of 18-6 and has finished 16 of his opponents. Following an up-and-down run in the Bellator featherweight division, Richman dropped to bantamweight in September and notched knockouts of Ed West and Nam Phan before being defeated by Dantas.

Editor’s note: This item was updated June 9 at 1:52 p.m. PT to include a statement from Bellator MMA and information about Fernando Gonzalez’s positive test.