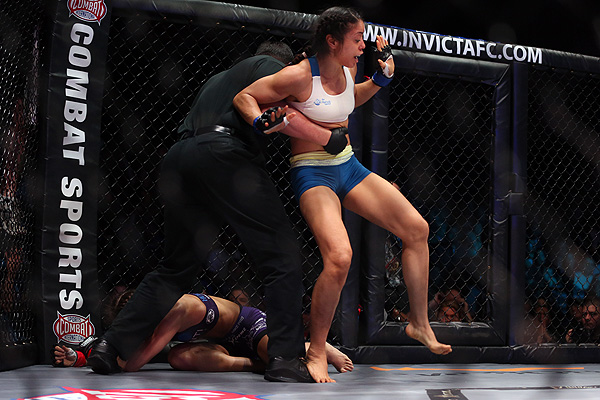 Jessamyn Duke’s professional fight record is once again unblemished after the Missouri Office of Athletics changed her loss to Miriam Nakamoto at Invicta FC 5 to a no-contest.

Duke announced the news Tuesday in a post on The Underground forum, and Sherdog.com verified the decision with Missouri Office of Athletics Executive Director Tim Lueckenhoff on Wednesday morning. Invicta FC 5 took place April 5 at Ameristar Casino Hotel in Kansas City, Mo., and was headlined by Michelle Waterson’s title-winning performance against Jessica Penne.

“Got word today that the appeal of my last fight was ruled a NC due to the illegal knee strike that caused it to be stopped,” Duke wrote. “I'm very happy with the decision and glad it's no longer tainted with controversy! Thanks to all the UGers that supported me in my decision to contest the call!”

Duke, 26, found herself on wobbly legs midway through the first round of her clash with Nakamoto, as “The Queen of Mean” landed a solid knee to Duke’s head that buckled her. As evidenced in the video replay, the knee that followed was clearly illegal, as it landed while Duke was still in the kneeling position. Nevertheless, referee John McCarthy waved the contest off and awarded Nakamoto the victory. With the change in result, Duke’s record now returns to 2-0, while Nakoto sees her record shrink back to one victory against no defeats.