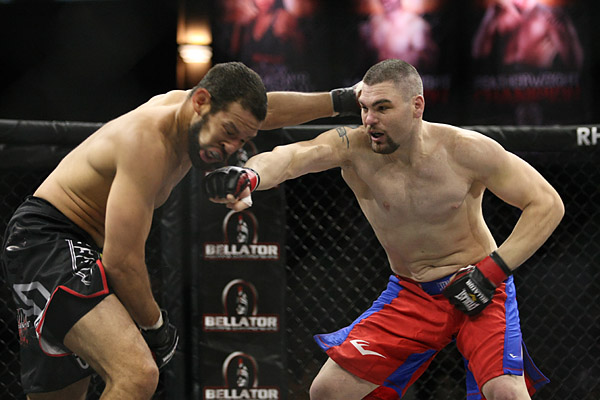 Former UFC talents Jeff Monson and Karo Parisyan have bowed out of their planned bouts with Ilir Latifi and David Bielkheden at Superior Challenge 8.

Superior Challenge 8 takes place Oct. 6 at Malmo Arena in Malmo, Sweden, and marks the promotion’s first event held outside of Stockholm. According to the official release, Monson was forced out of his bout due to his contractual obligation to M-1 Global, while Parisyan stepped away for personal reasons.

“Recently, a representative from M-1 contacted us and told us that Jeff Monson, who we’ve signed for Superior Challenge 8, is under an exclusive contract with them until the end of the year. Jeff himself claims that he has misunderstood the terms of their agreement and believed that the exclusivity only covered Russia, and not internationally,” Babak Aghavali, CEO of Superior Group International, stated in the official release. “After much discussion back and forth with Jeff, we chose to contact M-1 directly. [M-1] told us that they already had booked Jeff for their November show, and that was the reason why they unfortunately could not release him from the contract.”

Linderman (Pictured, right) is now set to replace “The Snowman” against Latifi, who will search for his second victory over an American this year after dispatching Tony Lopez in May. “The Sledgehammer" hails from Malmo and is expected to draw heavily fighting in front of a local crowd.

Formerly regarded as one of the UFC’s finest welterweights, Parisyan has lost four of his last five contests. According to “The Heat,” his most recent defeat -- a June 16 submission loss to John Gunderson -- is partially responsible for his decision to withdraw from his planned confrontation with Bielkheden.

“Everyone knows that it has been a rough road for me over the past couple years. I’ve tried to just refocus myself and get back to throwing people on their heads, but it hasn’t been the same,” Parisyan stated. “Not to take anything away from my opponent, but my last fight was devastating for me. My manager and I had a long talk, and he set me up with a sports psychologist. At this point, I need to listen to my doctor and refocus on my life -- not fighting. God willing, fighting will be back in my life at some point, but for now I need to only focus on Karo getting back to Karo.”

Davis, 38, last competed in October, when he was outpointed by “Ultimate Fighter” Season 13 alumnus Chuck O’Neil. The defeat snapped a three-fight winning streak for “The Irish Hand Grenade” who was released by the UFC last year following back-to-back losses at the hands of Nate Diaz and Jeremy Stephens.

Like his original opponent, Bielkheden, 33, has lost four of his last five. The three-time UFC veteran has gone 1-1 in 2012 thus far, stopping Edgar Dayan on March 4 before dropping a unanimous decision to Cathal Pendred on June 2 at CWFC 47.