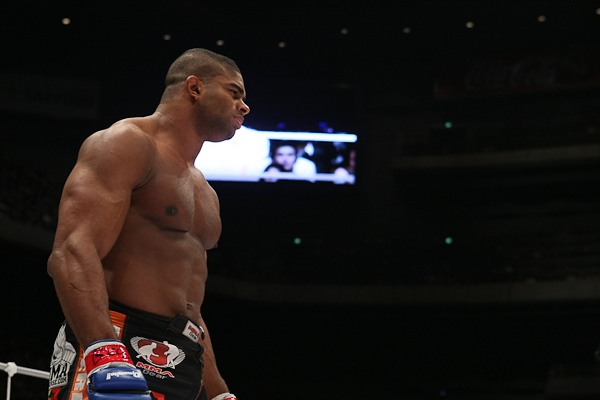 Yesterday, Kizer revealed that Overeem had failed his test, stating that “The Demolition Man” had submitted a sample with a T/E ratio of greater than 10-to-1. However, Overeem’s exact T/E ratio had not been announced until today.

Overeem was subjected to a surprise test on March 27, along with five additional UFC 146 participants. Junior dos Santos, Cain Velasquez, Frank Mir, Roy Nelson and Antonio Silva were also tested following a press conference in Las Vegas, but their tests returned negative. Overeem had been slated to square off with dos Santos in the May 26 headliner, but that pairing now appears to be in jeopardy.

The former Strikeforce heavyweight champion may request that his B-sample be tested, but Kizer told Sherdog that Overeem has not contacted the commission as of yet. The fighter must now appear before the NAC before he can be granted a license to fight.

The test administered to Overeem was the first of two random samples he agreed to submit after receiving a conditional license to fight Brock Lesnar at UFC 141 on Dec. 30. The Dutchman ran through Lesnar in that bout, pummeling the former champion’s body en route to a first-round technical knockout. It is currently unknown if that result will be affected by Overeem’s recent positive test.