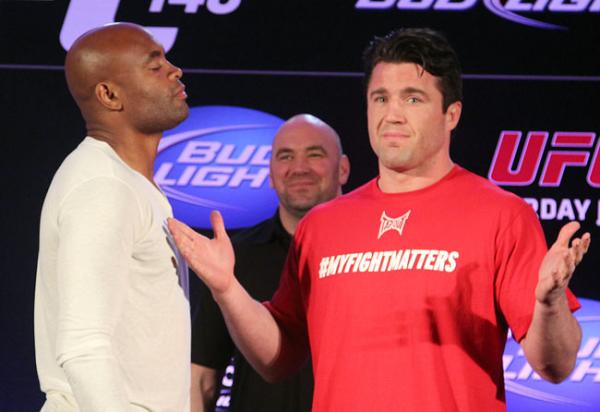 The Nevada Athletic Commission has selected Yves Lavigne to referee the middleweight title tilt between Anderson Silva and Chael Sonnen at UFC 148 on July 7.

MMAJunkie.com first reported the assignment, and Sherdog.com confirmed it with NAC Executive Director Keith Kizer on Thursday evening. It will be the second UFC event officiated by Lavigne this year -- the veteran referee oversaw three bouts at UFC 146on May 26. According to FightMetric.com, Lavigne has refereed 139 fights in the UFC, Strikeforce and the WEC.

Lavigne was in charge of the UFC 97 title clash between Silva and Thales Leites, which “The Spider” won via unanimous decision. He has also officiated Sonnen’s UFC 98 decision triumph over Dan Miller.

The NAC has also appointed Patricia Morse Jarman, Junichirio Kamijo and Chris Lee as judges for the five-round affair, which will take place at the MGM Grand Garden Arena in Las Vegas.

Jarman has scored seven bouts thus far in 2012, the most prominent of which was a 49-46 scorecard in favor of Carlos Condit in his unanimous decision victory over Nick Diaz at UFC 143. Kamijo was also scoring the action that night, and he saw the bout 48-47 in favor of “The Natural Born Killer.” On that same card, Kamijo awarded Mike Pierce a 29-28 score in his split decision loss to Josh Koscheck, and he also was the dissenting score in Nah-Shon Burrell’s split verdict over James Terry at Strikeforce: “Rockhold vs. Jardine.”

Lee, meanwhile, has judged bouts at seven different Zuffa events in 2012, including the lightweight title clash between Ben Henderson and Frankie Edgar at UFC 144 and the light heavyweight championship bout between Jon Jones and Rashad Evans at UFC 145.