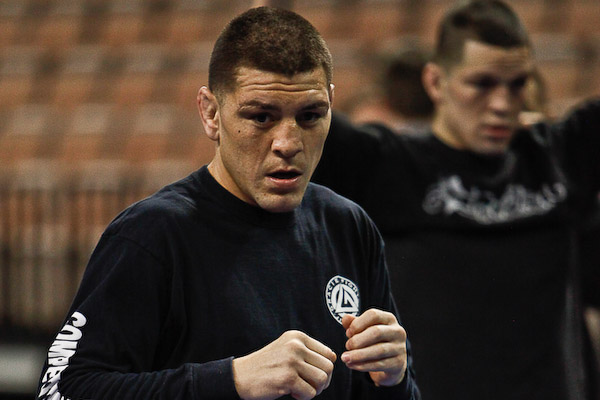 The Nevada State Athletic Commission has temporarily suspended Nick Diaz on the heels of his positive marijuana test after UFC 143.

Upon learning the results of Diaz’s UFC 143 post-fight urinalysis, NSAC Executive Director Keith Kizer filed a complaint asking to suspend Diaz’s license until a disciplinary hearing could be conducted. The commission today granted that request and will hold a hearing for Diaz on a to-be-announced date in the future.

This recent failed test marked Diaz’s second such infraction in Nevada, as the rangy southpaw was previously flagged for marijuana after submitting Takanori Gomi with a gogoplata in 2007. The result of the bout was later changed to a no-contest after Diaz’s positive test was revealed; Diaz was suspended for six months and fined 20 percent of his purse.

One talking point likely to be discussed at the upcoming hearing is the issue of legality surrounding Diaz’s marijuana use. The fighter was prescribed the drug in California, where he is legally allowed to use the substance for medicinal purposes.

While it has not yet been confirmed, it is rumored that Diaz could apply for a therapeutic use exemption (TUE) with the commission. Though the request would be unprecedented, Kizer has stated that the procedure would be treated by the commission just like any other TUE request.