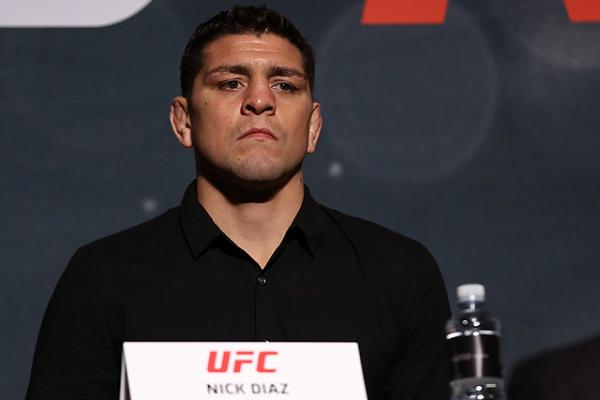 Nick Diaz has been out of action since January. | Photo: Dave Mandel/Sherdog.com


Nick Diaz and the Nevada Athletic Commission seem to be making progress in discussions that could result in the fighter returning to the UFC sometime in 2016.

According to a report from “UFC Tonight,” talks between Diaz and the NAC are “going well,” and the two sides are close to reaching an agreement that would reduce the Stockton, Calif., native’s punishment for failing at drug test at UFC 183 to an 18-month suspension and $100,000 fine.

Diaz was initially suspended five years and fined $165,000 for testing positive for marijuana following his Jan. 31 bout against Anderson Silva. It was Diaz’s third failed test in Nevada, but only one of the three samples he submitted at UFC 183 was above the minimum threshold for marijuana in the state.

A decision regarding the reduced punishment could be announced within the next week, according to the report. If amended, Diaz’s suspension would be retroactive to UFC 183, which means he could return to fighting sometime next summer.

Last week, Diaz announced that his team was in the process of negotiating a settlement with the commission.

“Just spoke with my legal team at Campbell & Williams and talks with the [Nevada] Athletic Commission are going well. We’re working hard with them to get this right. Thanks for the support,” Diaz wrote on Instagram.