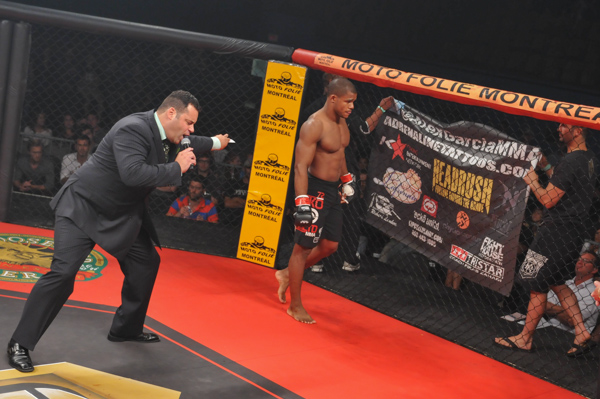 Alex Garcia is headed to the big show. | Brian Townsend/Sherdog.com


A welterweight showdown between promotional debutants is being targeted for UFC Fight Night 33, as Swedish talent Andreas Stahl is expected to meet Alex Garcia at the Dec. 7 event.

Swedish outlet Norran.se broke news of the matchup, and Shedog.com contributor Ryan O’Leary confirmed the booking with Stahl on MMAViking.com.

“It feels great that I finally got a contract with the UFC. It’s a dream I have had long,” said Stahl.

Garcia has tasted defeat just once as a pro and rides a four-fight winning streak into his Octagon debut. The Canadian prospect and Tristar Gym representative last competed on Aug. 17, when he submitted Chris Heatherly with a rear-naked choke at Challenge MMA 2.