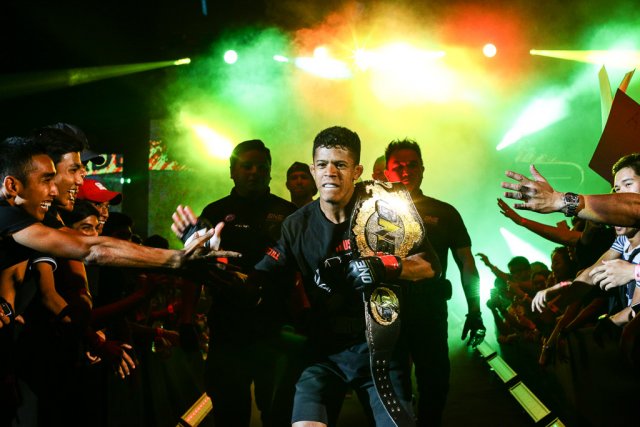 
Singapore-based MMA promotion One Championship on Tuesday announced the addition of a title fight to its “Dynasty of Champions” card, as flyweight champ Adriano Moraes will defend his belt against Kairat Akhmetov.

Moraes has been the sole titlist for the promotion at flyweight and has won four straight bouts since suffering the lone defeat of his career two years ago. The Brazilian has submission wins over Yasuhiro Urushitani, Kosuke Suzuki and Geje Eustaquio; in his most recent outing, he edged Asuka Mikami via five-round decision.

Akhmetov has looked sensational up to this point in his career as the Kazakhstani submission ace has yet to lose as a pro. He’s feasted largely on regional opposition, but “The Kazakh” is ready to take the next plunge in what will be his One debut.

“Dynasty of Champions” is slated for Nov. 21 at National Olympic Sports Centre in Beijing, China. The main event features the featherweight champion between titlist Jadamba Narantungalag taking on Marat Gafurov.

The event was originally set for Sept. 1 in Shanghai but had to be postponed to Sept. 17 due to a conflict with a military anniversary. The card was eventually canceled altogether until it resurfaced with a new November date.

One also announced that the promotion has inked a partnership with “Wujie” that will reportedly bring 26 events to China over the next two years. Details of the partnership were not disclosed.