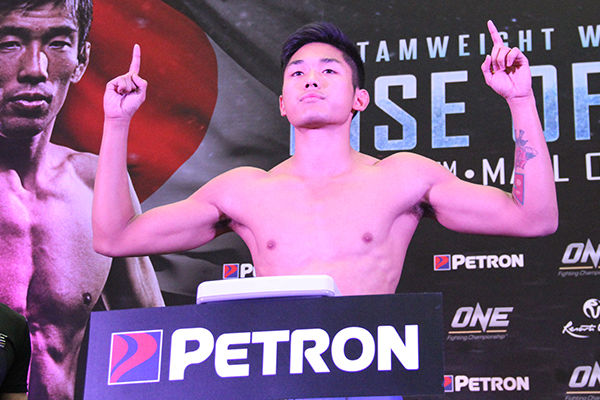 Gianni Subba is looking to rebound from his first defeat. | James Goyder/Sherdog.com


One Fighting Championship is set to continue its busiest year yet with One FC 17 “Era of Champions.” Company officials Tuesday announced three additional bouts for the June 14 card, rounding out the slate of fights to nine.

Filipino fighter Ruel Catalan will return to the cage to face Malaysian prospect Gianni Subba in the flyweight division, while former muay Thai world champion Dejdamrong Sor Amnuaysirichoke will go head to head with Joseph Omana. Both scraps will be part of the evening’s main card.

In preliminary action, Desi Rahayu will make history as Indonesia’s first female mixed martial artist when she goes up against Ella Tang.

One FC 17 takes place at Mata Elang International Stadium in Jakarta, Indonesia, and is headlined by a flyweight confrontation pitting Adriano Moraes against Kosuke Suzuki. The event airs live via online pay-per-view at onefc.livesport.tv.

Catalan will look to remain undefeated in One FC’s cage following a TKO win at against Khim Dima at One FC 13. Standing in his way is 21-year-old Subba, who has spent his brief combat career fighting exclusively for Asia’s largest MMA promotion under the tutelage of Phuket Top Team.