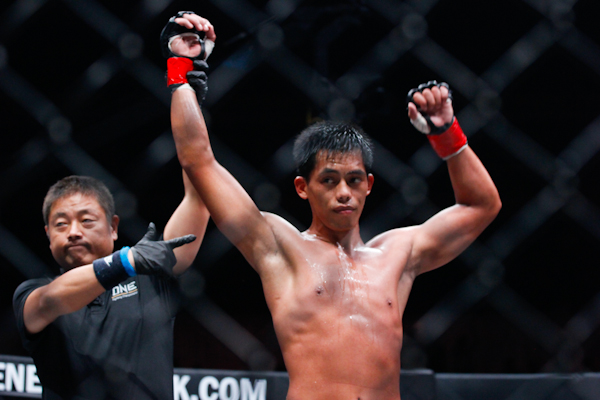 Singapore-based promotion One Fighting Championship has made several additions to its upcoming fight bill, including a featherweight title fight and a third bantamweight grand prix pairing.

One FC 6 takes place Oct. 6 at the Singapore Indoor Stadium in Kallang, Singapore, and will see the promotion crown its first three champions. Honorio Banario has been officially revealed as the first competitor for the One FC featherweight title, and he is expected to rematch Bae Young Kwon, according to a source close to the event. However, promotion officials have yet to verify Kwon as his opponent.

The pay-per-view event will also see Filipino standout Kevin Belingon take on two-time Dream vet Yusup Saadulaev in the third announced bantamweight grand prix quarterfinal. A fourth quarterfinal pairing is expected to be announced prior to the event.

Additionally, hard-hitting middleweight Melvin Manhoef has been given an opponent for his second One FC appearance, as the Dutchman now faces reigning middleweight King of Pancrase Ryo Kawamura. Rounding out the new announcements is a flyweight confrontation between Radeem Rahman and Gianni Subba and a featherweight showdown pitting Ngabdi Mulyadi against Mitch Chilson.

Banario suffered his lone career defeat to Kwon in his One FC debut on Feb. 11, submitting to a rear-naked choke just 56 seconds into their bout at One FC 2. The Filipino standout rebounded with a win at One FC 5, however, stopping Andrew Benibe on Aug. 31 via technical knockout.

The URCC's reigning 129-pound belt holder, Belingon has stumbled in both of his most recent bouts after beginning his career a perfect 9-0. “The Silencer” is still searching for his first One FC victory, as he was submitted by Masakazu Imanari in March before dropping a unanimous verdict to Soo Chul Kim five months later at One FC 5.

Saadulaev, 27, makes his promotional debut against Belingon. The bantamweight last competed on New Year's Eve at Dream's year-end show, finishing Hideo Tokoro with a brutal slam just 42 seconds into their contest. “Maestro” owns six of his nine career wins by submission and has tasted defeat just once in his four-year pro career.

Manhoef, 36, saw action just one week ago, taking a split decision from Jae Young Kim at Road FC 9 in South Korea. Prior to that triumph, “No Mercy” had gone winless in his last four outings, falling to Robbie Lawler, Tatsuya Mizuno and Tim Kennedy before drawing with Yoshiyuki Nakanishi on March 31 at One FC 3.