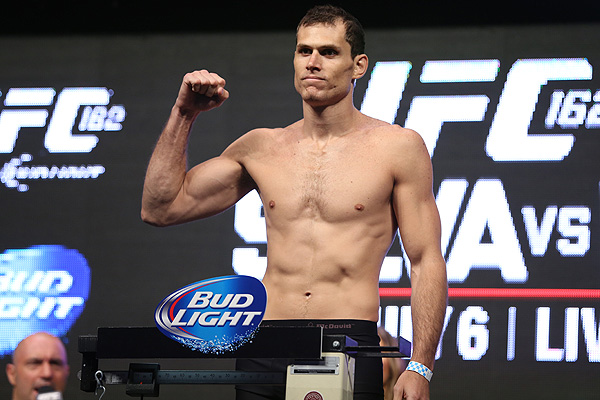 Roger Gracie is returning to MMA after a one-fight stint with the UFC. | Photo: Dave Mandel/Sherdog.com


Four new bouts have been added to One FC 23 “Warrior’s Way,” including a 135-pound tilt between Filipino standout Kevin Belingon and Japan’s Koetsu Okazaki.

A heavyweight matchup pitting English striker James McSweeney against Brazilian jiu-jitsu specialist Roger Gracie was also confirmed, as was a featherweight tilt between Honorio Banario and Herbert Burns, and a light heavyweight rematch of Sylvain Potard and Jake Butler.

Belingon holds a 3-4 record in the One FC cage and will be looking to get back on track after a submission loss to Kim in March. He will have the home field advantage on Okazaki, the former Shooto champion who has scored back-to-back wins with One FC since failing in his May 2013 bid for Fernandes’ belt.

McSweeney has notched a pair of knockouts in his One FC appearances, allowing neither Cristiano Kaminishi nor Chris Lokteff to make it past the two-minute mark with “The Hammer.” Former middleweight Gracie has not competed since July 2013, when he lost his sole UFC bout via unanimous decision against Tim Kennedy.