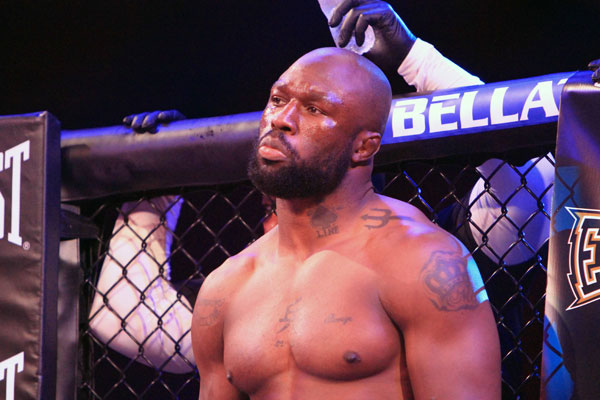 Muhammed Lawal may currently stand one victory away from Bellator’s Season 8 tournament finals, but one year ago, he was just a man fighting for his life.

Stricken with a severe staph infection contracted from knee surgery, Lawal could only watch as the bacteria gradually ate away at his leg. After undergoing weeks of treatment to combat the infection -- a process that only made him feel worse -- “King Mo” had all but given up on his chances of survival.

“I felt helpless, because I could do nothing,” Lawal recently told Sherdog.com. “All I could do was wait. I started eating more food and putting weight back on, and I’d just get sicker. I didn’t know what to do, man. I was trying to give up. I was like, I’m going to quit taking my meds. I’m done. If I die, then I die. I had to see results to keep moving forward. I can’t lie.”

Lawal’s doctor talked him into two more weeks of treatment -- a decision that eventually led to the fighter’s full recovery and dual contracts with TNA Wrestling and Bellator. Lawal returned to the cage last month at Bellator 86, running through Polish veteran Przemyslaw Mysiala to advance in the Season 8 light heavyweight tournament.

Lawal will now face Emanuel Newton in tonight’s Bellator 90 co-main event from the Maverik Center in Salt Lake City, with the winner earning a spot in the tournament finals. While “The Hardcore Kid” is not known for his power punching, Lawal believes that Newton -- a former training partner -- will nevertheless serve as a stiff test due to his well-roundedness.

“With solid guys, you never know where you could have an advantage. It could be anywhere,” said Lawal. “He excels as far as his patience, and he knows my style. He can find someone to try to mimic my style. As far as finding somebody to mimic his style, it’s kind of hard to find somebody who can do that. I’m a student of the game, so I’ve picked up some things that he does. Come fight time, you’ll see.”

Like most all Bellator debutants, Lawal is learning about the Bellator tournament structure as he goes. Though the former Strikeforce champion said that he has been pacing himself in training to accommodate for a potential three fights in as many months, Lawal has nevertheless been working hard at both the American Kickboxing Academy in San Jose, Calif., and the Mayweather Boxing Club in Las Vegas.

“I’m just training like I normally train. Last week, I was at 208, three pounds overweight. So I don’t worry about my weight. I just go. I grapple hard, and I spar hard,” said Lawal. “I’m not making it a habit to train like I have one fight. I’m training at a smart pace so that I peak like I normally do in the finals.”