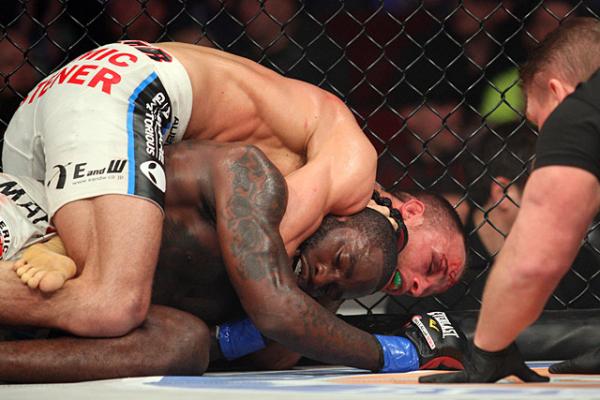 Curran submitted Daniel Straus with a dramatic fifth-round rear-naked choke to reclaim the featherweight championship in the Bellator 112 headliner on Friday at The Venue at Horseshoe Casino in Hammond, Ind. Straus (22-5, 8-2 Bellator) tapped out with just 14 seconds remaining in the match, as he submitted for the first time in more than five years.

“All I can say is that I have mad respect for Daniel Straus,” Curran said. “He’s a hell of a fighter and has a hell of a heart. I was able to push through in the fifth round with the rear-naked choke. I had to dig deep and come out with the win.”

Straus was in control for much of the fight. The 29-year-old American Top Team representative routinely beat Curran to the punch, landing more often and with more authority. A counter left hook blindsided and dropped Curran in the second round, leaving him with serious damage to his right eye. However, he fought on. 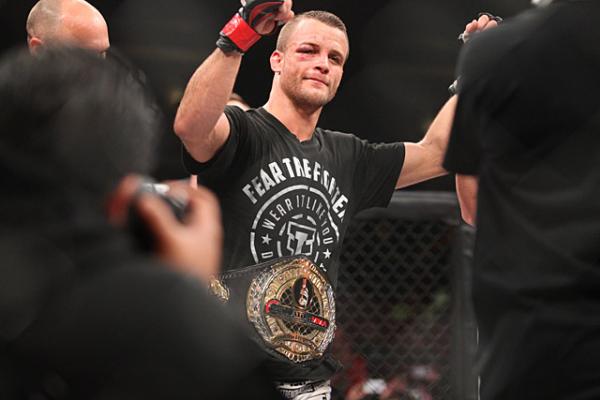 Photo: K. Mills/Sherdog.com
Curran reclaimed his 145-pound strap.
Sensing the need for a finish, Curran (20-5, 10-2 Bellator) picked up the pace in the fifth round. He attacked Straus with short right hands and knees before scoring a takedown with roughly 90 ticks left on the clock. From there, he transitioned to the back and fished for the rear-naked choke. Straus twice gave the thumbs up sign, but all the while Curran tightened his grip, ultimately forcing the submission.

“I knew it was close, but I think Daniel was edging each round,” Curran said. “I had to lay it all on the line, and thank God I got the choke in the fifth. All my blood, sweat and tears go into this. I’m just happy that I got my belt back
and I can go back home and get my s--- together.”

Burrell (10-4, 1-1 Bellator) never had a chance to establish himself. Roughly half a minute into the bout, Koreshkov uncorked a head kick. En route, the Russian’s knee struck Burrell on the chin, staggering the 24-year-old Philadelphia native. Koreshkov then swarmed with a volley of punches for the stoppage. 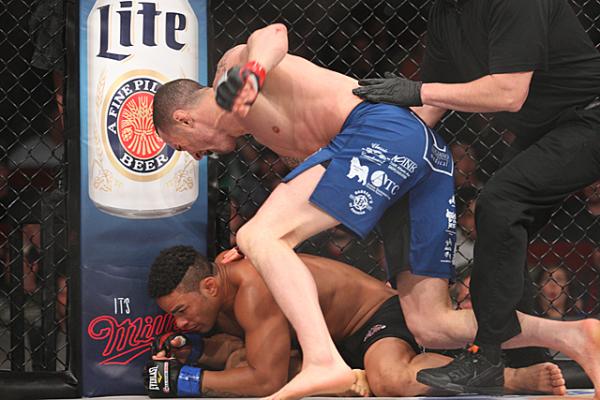 Photo: K. Mills/Sherdog.com
Oropeza blasted Souza on the temple.
Philadelphia Fight Factory’s Sam Oropeza put away Cristiano Souza with a looping right hook and follow-up ground strikes in the Season 10 welterweight tournament quarterfinals. Souza (7-1, 3-1 Bellator) met his end 3:07 into round one, as he tasted defeat for the first time as a professional.

Oropeza (11-2, 3-1 Bellator) backed up the American Top Team-trained Brazilian jiu-jitsu black belt and capoeira stylist with a series of body kicks and then leaped in with a clean right hook to the jaw. Souza collapsed, went to all fours and ate a burst of unanswered punches to the side of the head.

The 28-year-old Oropeza has finished his last six opponents, four of them inside one round. 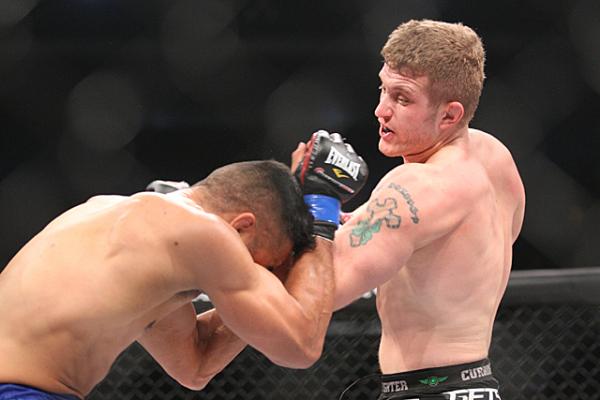 Photo: K. Mills/Sherdog.com
McDonough edged Juarez on the cards.
Chopping leg kicks and steady ground-and-pound carried the undefeated Adam McDonough to a unanimous decision over Jesse Juarez in the Season 10 welterweight tournament quarterfinals. All three judges scored it the same: 29-28 for McDonough (10-0, 2-0 Bellator).

Much of the match spilled onto the floor, where McDonough spent more time in advantageous positions. The 28-year-old did his best work in the second round, as he bullied Juarez to the ground, passed his guard and mixed in punches and knees.

Juarez (21-9, 5-1 Bellator) struck for a pair of takedowns in round three, but a failed guillotine choke allowed McDonough to assume top position and ride out the decision.

The defeat halted a four-fight winning streak for Juarez. 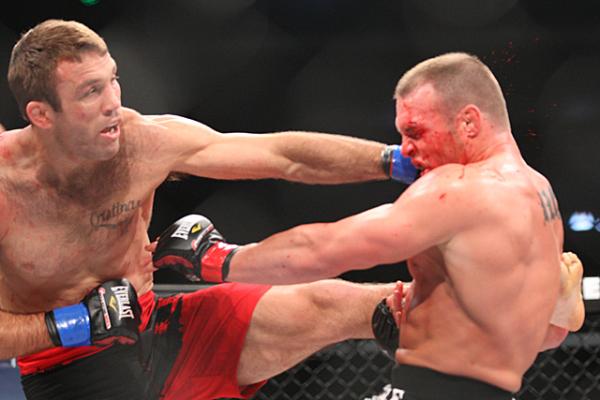 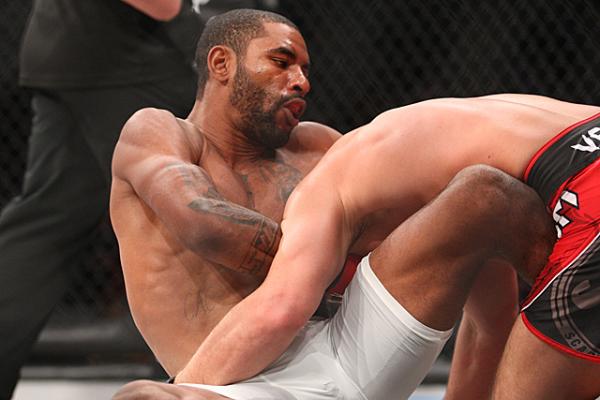