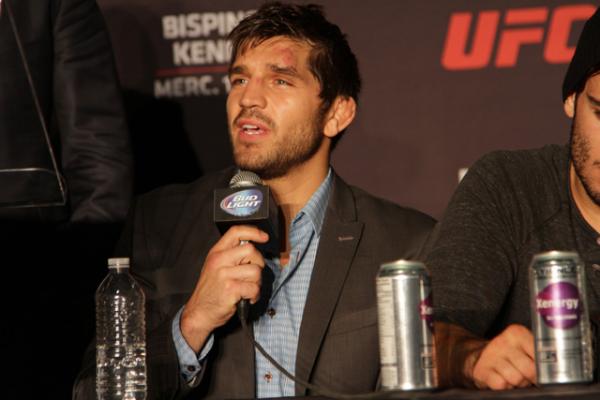 
Patrick Cote has turned over a new leaf.

Once regarded primarily for his heavy hands and granite chin, the former UFC middleweight title contender has dedicated himself to improving his wrestling of late -- a decision that paid big dividends in his victory over Kyle Noke on Wednesday night at “The Ultimate Fighter Nations” finale.

“I know my weakness was my wrestling,” Cote said at the post-fight press conference. “I’ve been working on that very hard. I think tonight I proved I’m not just a striker, anymore. I’m a mixed martial artist, and I’m more well-rounded.”

Cote took down fellow “TUF Nations” coach Noke in the first round of their welterweight showdown and appeared on his way to doing the same in round two until the Aussie caught him with a violent counter knee that staggered “The Predator.”

“I actually didn’t know it was a knee,” said Cote. “I felt dizzy for two or three seconds, but then I saw he took his distance. Maybe he saw something in my eyes and saw I was back. I wasn’t rocked. I was a little dizzy, but I was still in the fight. I knew where I was.”

After recovering from the violent impact of Noke’s knee, Cote resumed his work, scoring a takedown to end the second frame and then repeating the trick in the third stanza while landing some damaging ground-and-pound to take the unanimous verdict.

Cote, 34, has won seven of his last eight fights and now owns a three-fight Octagon winning streak. “The Predator” made the drop to welterweight last year, debuting at 170 pounds with a unanimous decision victory over Bobby Voelker just over one year ago.