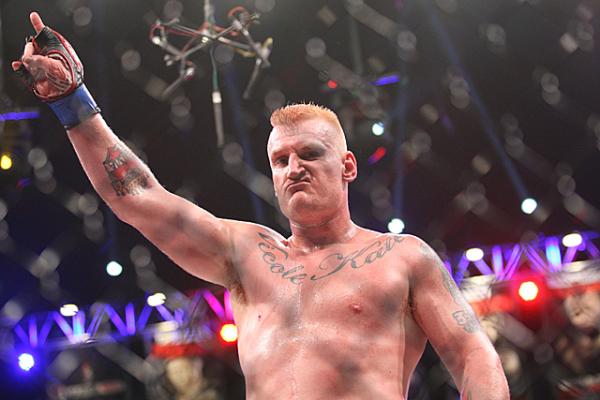 Peter Graham is headed to Poland for his next bout. | Photo: Keith Mills/Sherdog.com


The 10-bout card for Polish promotion Konfrontacja Sztuk Walki’s Oct. 4 event was finalized Monday with the addition of a heavyweight bout between Peter Graham and Marcin Rozalski.

Graham and Rozalski will meet on the main card of KSW 28 “Fighters’ Den,” which is set to be headlined by a heavyweight title match pitting champion Karol Bedorf against Brazilian jiu-jitsu ace Rolles Gracie. The event takes place at Municipal Hall in Szczecin, Poland, and will stream via online pay-per-view at KSWTV.com.

Australian striker Graham will attempt to get back on track after a 1-2 run with Bellator saw him suffer back-to-back losses against Cheick Kongo and “Mighty Mo” Siliga. The 39-year-old, best known for his trademark “Rolling Thunder” spinning kick, had previously won eight straight MMA contests, including a leg-kick stoppage of Aleksander Emelianenko in 2010.

Rozalski, 36, also comes from a kickboxing background and has compiled a 5-2 record since transitioning to MMA in 2011. “Rozal” has won three in a row inside the KSW ring, most recently finishing American Nick Rossborough with first-round punches at KSW 26 in March.