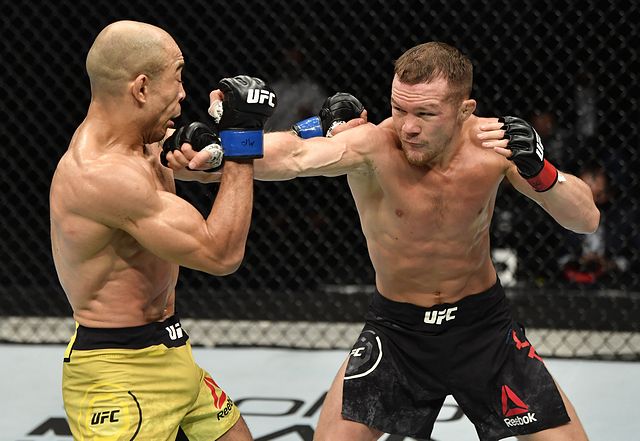 
Bantamweight champion Petr Yan has broken his silence on the reason for his withdrawal from UFC 256.

Over the weekend it was revealed that Yan’s title defense against Aljamain Sterling had been pulled from the Dec. 12 card. As a result, the promotion rushed to book Deiveson Figueiredo against Brandon Moreno to serve as the new UFC 256 headliner.

Yan revealed on Instagram Live (translation courtesy of RT Sport) that numerous factors played a role in the postponement of the bout. The UFC is reportedly looking to reschedule Yan vs. Sterling for early next year.

"Everything's in force for the fight. It's going to be postponed for about a month and a half, but everything's in order," Yan said. "There were different problems, with the flight, with the visa, during training I flew away for a visa deadline, lots of factors.

"We decided with the team to move everything to next year, perhaps the card will be more suitable… Everything is good, training continues.”

Yan claimed the vacant 135-pound belt with a fifth-round technical knockout of Jose Aldo at UFC 251 on July 11, his seventh consecutive victory within the Las Vegas-based organization. The 27-year-old Russian says he wanted to make sure that all circumstances were optimal prior to his first championship defense.

"In the past, I could fly out to battle without thinking about anything, I could take risks," he said. "Now I need to do everything right, so that afterwards there won’t be any, ‘this wasn’t right, that wasn’t right’.”