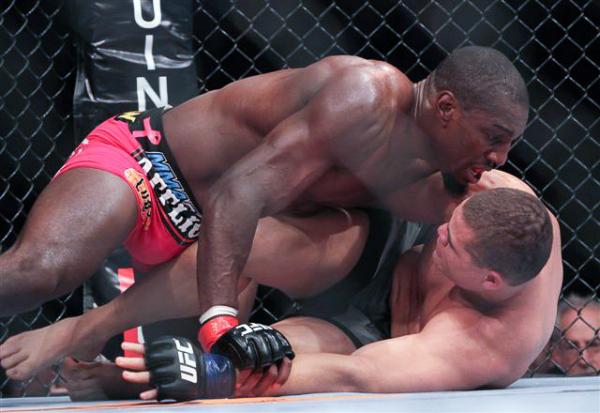 Griffin had initially been expected to meet Chael Sonnen at the Dec. 29 event, but Sonnen was pulled from the contest so that he could coach opposite light heavyweight champion Jon Jones on Season 17 of “The Ultimate Fighter.” UFC 155 takes place at the MGM Grand Garden Arena in Las Vegas and will be headlined by a heavyweight championship rematch between Junior dos Santos and Cain Velasquez.

Davis, meanwhile, dominated Octagon newcomer Wagner Prado in their UFC 153 rematch after their first fight at UFC on Fox 4 ended in a no-contest due to an accidental eye-poke. A former NCAA Division I national champion wrestler at Penn State University, “Mr. Wonderful” overwhelmed Prado with his grappling before submitting the Brazilian with an anaconda choke in the second round of their Oct. 13 meeting in Rio de Janeiro.