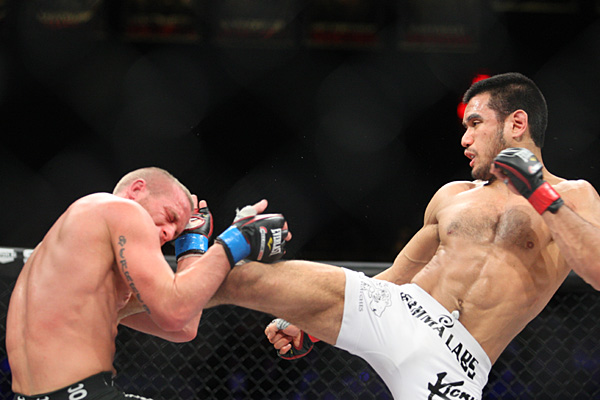 
After five years away from the Octagon, Phillipe Nover is once again a UFC fighter.

The event takes place May 16 at Mall of Asia Arena in Pasay, Philippines, and is headlined by a 145-pound bout pitting Frankie Edgar against Urijah Faber.

The lightweight runner-up on season eight of “The Ultimate Fighter,” Nover was released by the organization in February 2010 after losing three straight bouts. Since then, the 31-year-old has compiled a 5-2 record, including a 2-1 mark under the Bellator MMA banner. Nover, a Filipino American, recently campaigned to be placed on the card, which marks the UFC’s inaugural trip to the Philippines.

Nam, 33, has won eight of his last nine bouts and has been submitted only once in his 23-fight career. The former Road FC lightweight champion drops to featherweight after a successful Octagon debut, having outpointed Kazuki Tokudome in a March 2014 split decision which earned “Fight of the Night” honors.