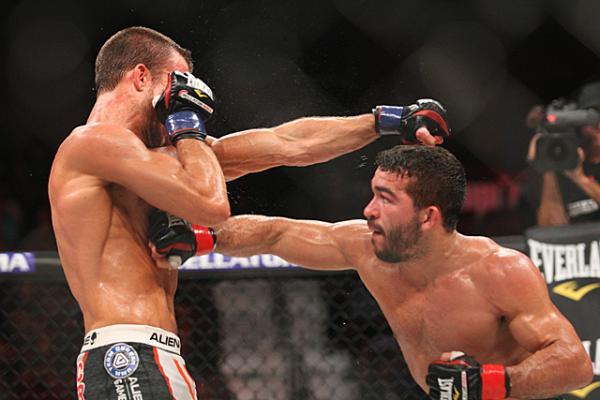 
Their first encounter was all about Pat Curran’s volume and accuracy. The rematch was decided by Patricio “Pitbull” Freire’s power.

Freire dropped Curran twice -- and wobbled him badly on another occasion -- over the course of their five-round featherweight title fight in the Bellator 123 headliner on Friday night. The end result was Freire capturing the promotion’s 145-pound crown via unanimous decision at the Mohegan Sun Arena in Uncasville, Conn.

Judge Cardo Urso had it 48-47 for Freire, while both David Tirelli and Eric Colon submitted 49-46 tallies in favor of the Brazilian. With the win, the Team Nogueira representative avenged a split-decision setback to Curran at Bellator 85 in January 2013.

“It’s a dream come true,” Freire said. “I’ve been waiting for this for a long time.”

While Curran took the center of the cage consistently and remained tight with his punching combinations throughout the fight, it was Freire who authored the bout’s most significant moments.

After an extended feeling-out process in the opening stanza, “Pitbull” found his range in the second, dropping Curran with a powerful left hook. As he would each he was rocked, “Paddy Mike” swiftly returned to his feet.

Curran, who trained at Team Takedown ahead of the bout, did not have as much success with his jab as he did in his initial encounter with Freire, who was better able to maintain a consistent pace for 25 minutes. In addition to his powerful bursts of punches, the Brazilian also consistently attacked Curran’s lead leg with kicks.

Freire dropped Curran with another left hand in round three, but again the American regained his senses before “Pitbull” could follow up for a finish. Following a competitive fourth round, Freire likely sealed the win by staggering his opponent with a combination with less than two minutes remaining in the final frame. Freire would get the better of one last exchange, and he raised his hands in knowing triumph after the bell sounded.

“I have to thank Pat Curran for a second war. It was one of the hardest fights of my life,” he said. 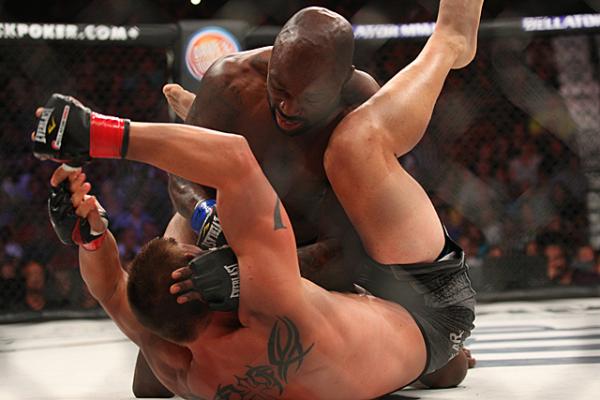 (+ Enlarge) | Photo: K. Mills/Sherdog.com
King Mo punished his opponent with leather.
Muhammed Lawal started with his bread-and-butter, but it was his hands that ultimately earned him the victory over short-notice foe Dustin Jacoby in the evening’s co-main event.

A barrage of punches and elbows on the ground brought an end to the light heavyweight contest 1:13 into the second period, giving “King Mo” the 10th knockout victory of his pro career. However, it was a pair of massive right hands from the former NCAA All-American wrestler on the feet that changed the course of the fight.

Jacoby, a veteran of the Glory ring, was more than willing to brawl with his foe, but eventually he was sent tumbling to the canvas, where Lawal was able to put him away. The exchange was in stark contrast to the first round, which saw Lawal control the opening half of the period after landing a single-leg takedown. Jacoby was eventually able to return to his feet, but neither man landed anything significant until the second round.

With the bitter taste of a controversial defeat to Quinton Jackson at Bellator 120 now in his rearview mirror, Lawal is keeping his options open. 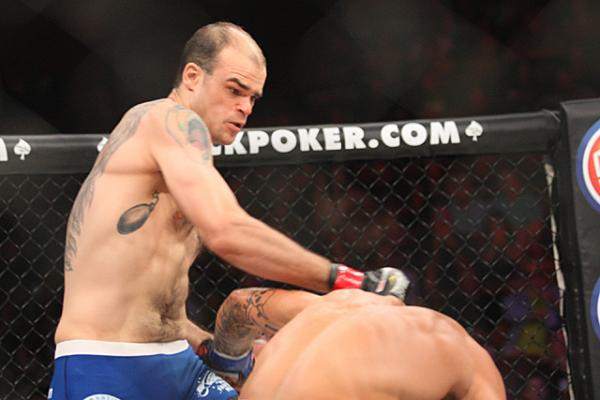 (+ Enlarge) | Photo: K. Mills/Sherdog.com
McCrory put it on Ward quickly.
After five years away from the cage, Tamdan McCrory is back with a vengeance.

The 27-year-old UFC veteran known as “The Barn Cat” scored a devastating first-round knockout of Brennan Ward, polishing off the Connecticut native just 21 seconds into their middleweight clash. It was McCrory’s first fight since a split-decision defeat to John Howard at UFC 101 on Aug. 8, 2009.

“One of the things everybody asks you is, ‘Why take five years off?’ Life throws you circumstances, and what it’s about is overcoming adversity,” McCrory said.

“It was great to be back. Like I told everybody this week ... it’s just like riding a bike -- you do it once, you can do it every other time.”

McCrory (12-3, 1-0 Bellator) established his reach and power immediately, wobbling his foe with a three-punch combination. The New Yorker kept the pressure on, dropping Ward (9-3, 5-3 Bellator) with another combination and walking away before referee Jason Herzog stepped in to halt the contest.

“I haven’t been sitting on the couch drinking beers for five years. I’ve been training. I may not be in the ring, but I’ve been honing my skills,” McCrory said. “I came and I proved that tonight.” 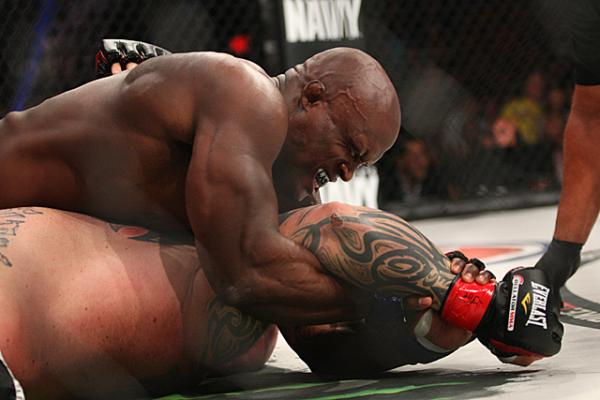 Nicknamed “The Hammer,” Burns (8-8, 0-5 Bellator) was the nail for the duration of the bout. Lashley took his foe to the ground less than a minute in and spent most of the first round hunting for a keylock from the mounted crucifix position. A beet-faced Burns was able to resist, but he had nothing left for the second stanza.

The second frame began slowly, with Lashley (11-2, 1-0 Bellator) landing the occasional jab before using an ankle pick to get Burns to the canvas once again. Burns would eventually give up his back, and after unleashing a volley of punches, Lashley slid his arm under his foe’s chin for a rear-naked choke. Burns returned to his feet but tapped out shortly thereafter. 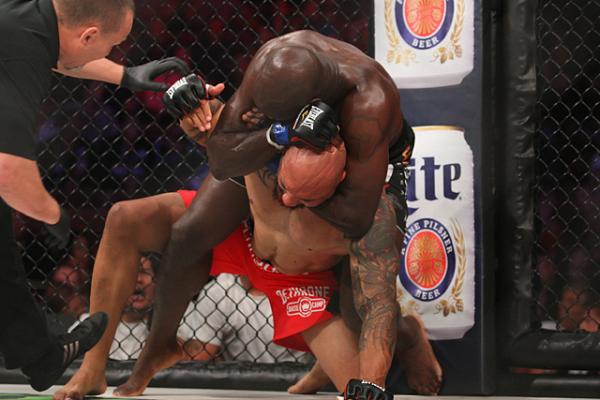 The hulking Frenchman mounted Lavar Johnson early, softened him with punches and submitted his hard-hitting foe with a rear-naked choke in the opening frame of their heavyweight encounter. Johnson (18-10, 1-3 Bellator) asked out of the contest at the 3:27 mark of round one, losing via submission for the seventh time in his career.

Johnson was in headhunting mode from the outset, but Kongo (22-9-2, 4-1 Bellator) was able to weather a few solid shots and maintain his composure.

Eventually, the Strikeforce and Ultimate Fighting Championship veteran’s eagerness to engage came back to haunt him, as he whiffed on huge punch and fell to the floor.

That was all the opening Kongo needed. The Wolfslair Academy product quickly achieved full mount and methodically went to work with ground-and-pound. As he sat up to increase the intensity of his assault, Johnson attempted to roll away. That only allowed Kongo to take his back, and from there it was academic. Kongo secured the rear-naked choke and elicited the tapout despite only securing one hook on his opponent.