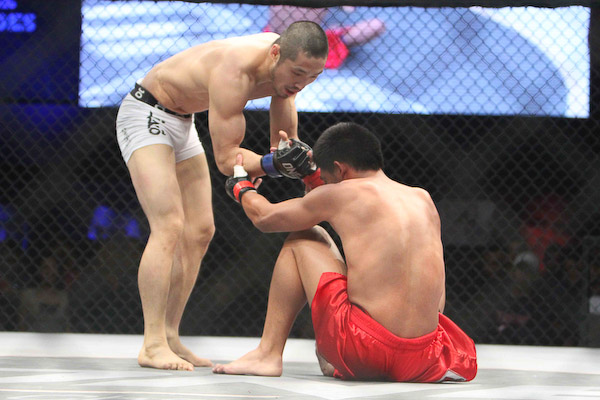 One Fighting Championship has canceled a planned featherweight title bout at One FC 6 "Rise of Kings."

Promotion officials revealed the final fight card for the Oct. 6 event on Thursday, noticeably omitting the expected 145-pound title tilt. Honorio Banario was announced as the first participant in the contest earlier this month and was expected to rematch Bae Young Kwon at the Singapore Indoor Stadium in Kallang, Singapore. According to a source close to the promotion, Kwon bowed out of the bout without having been announced as Banario's official adversary. The reason for Kwon's withdrawal is not currently known.

Despite the cancellation, the promotion will still crown champions in the lightweight and bantamweight divisions, as Zorobabel Moreira collides with Kotetsu Boku and Leandro Issa rematches Soo Chul Kim. The pay-per-view event will also see former Dream champion Shinya Aoki square off with French talent Arnaud Lepont in the evening's headliner.