Sherdog.com is proud to present a free live stream of Dec. 5’s FuryFC card in Brazil.

The bill will play host to lightweight and 185-pound one-night tournaments.

Schembri, who knocked out Japanese superstar Kazushi Sakuraba at Pride 25, has faced some of the biggest names in the sport, including Matt Lindland, Ryo Chonan and the first man to submit UFC middleweight champion Anderson Silva, Daiju Takase.

Who will be the next fighter to follow in the footsteps of UFC stars Thiago Silva and Rousimar Palhares? Tune in to Sherdog.com on Dec. 5 to find out!

Make sure you’re signed up to receive the Sherdog Newsletter, which features weekly updates on live broadcasts, free prize giveaways and the latest scoops in mixed martial arts. 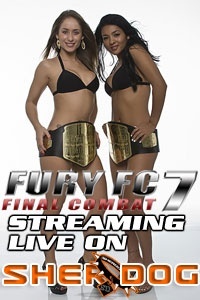 
Discuss the event in the Sherdog.net forums!