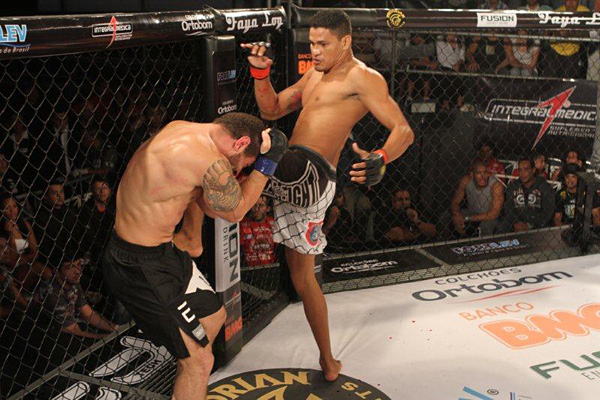 
RIO DE JANEIRO -- Nearly 2,000 people attended Jungle Fight 33 in the Cidade de Deus (City of God), which is most famous for an award-winning movie bearing the same name.

In the evening’s main event, Nova Geracao’s Alexandre “Pulga” Pimentel stopped late replacement Udi Lima of Gracie Fusion. Pulga, who had not seen action for nearly two years prior to August due to knee surgery, scored with a sharp body shot that folded his foe at the 4:40 mark of round one.

An anticipated battle between Iliarde Santos and Eduardo Kiko ended up a disappointing no-contest. After dominating the first round, a Santos knee connected with the face of his opponent while he was grounded in the four-point position. 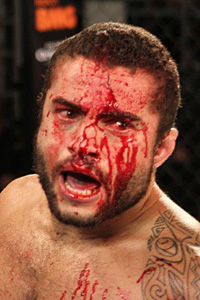 M. Alonso
Alcantara blasted Santos with a knee.
“The knee broke my nose. Otherwise I would have continued. I apologize to the audience,” said Kiko following the bout.

A perplexed Santos defended his actions: “The blow would have hit his chest, but he lowered his head and it ended up hitting his face. I’m sure it was not a reason for him to quit.”

Also on the card, Neilson Gomes knocked out Elieni “Pit” Silva at 3:34 of round one; Ildemar Alcantara conquered Willians Santos by doctor stoppage due to a nasty cut caused by a knee at 2:04 the first; Fabiano Fernandes toppled Atila Lourenco via TKO (punches) at 2:51 of the second frame; Leandro Souza submited Evandro Silva with a heel hook at an undisclosed time in round one.