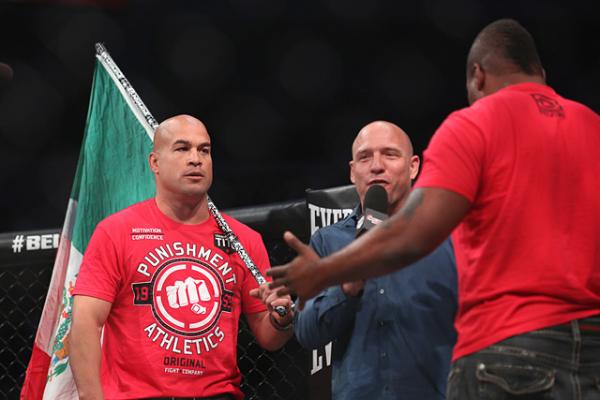 Jackson was linked to a year-end boxing match Roy Jones Jr. last week, but that matchup appears to have been put on hold. Jackson’s clash with Ortiz will take place at the Long Beach Convention Center in Long Beach, Calif.

Known for his knockout power, Jackson, 35, ended his UFC career earlier this year following three consecutive defeats. “Rampage” last competed on Jan. 26, when he dropped a unanimous decision to Glover Teixeira at UFC on Fox 6.

Ortiz, 38, announced his retirement from fighting roughly one year ago and was inducted into the UFC Hall of Fame. The Californian called it quits after losing six of his final seven fights, with a submission win over Ryan Bader serving as his lone victory in that stretch.