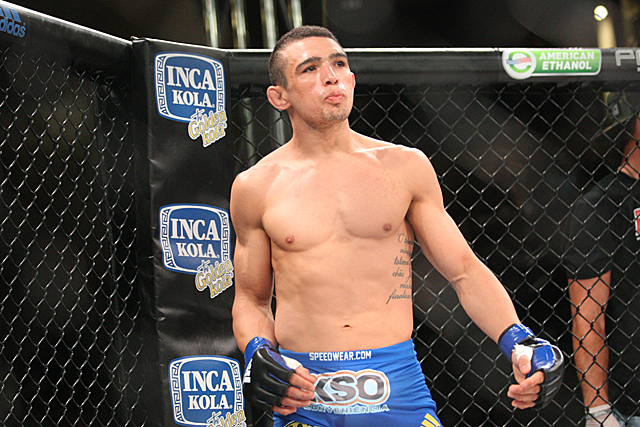 
Las Vegas-based MMA promotion Resurrection Fighting Alliance on Wednesday announced that it will travel to the North Star State on Nov. 6.

RFA 32 is slated to be held at Mystic Lake Casino in Prior Lake, Minn., and will be headlined by a bantamweight showdown between Melvin Blumer and Leandro Higo.

Blumer returns to action on the heels of his spectacular first-round knockout of UFC and WEC veteran Jeff Curran in March. Blumer has been on fire lately, having won six in a row with his last three all coming by way of knockout. A staple of the Midwest scene, Blumer is ready to take the next step in his career and headlining RFA 32 is right where he needs to be.

“I am more than happy to be in the main event for RFA where I can put the finishing touches on a stacked RFA 32 card,” Blumer stated in a release. “I was at Leandro Higo’s last fight where he finished a guy that just went five rounds with the champ. I definitely don’t see this fight going the distance, but I do look forward to getting my hand raised against another tough and worthy opponent.”

Higo has been similarly as hot, as he’s won his last five. The submission specialist had a terrific promotional debut in August, when he choked out Terrion Ware in the third. Higo said he ran into Blumer previously and thought that they were not in the same weight class.

“After my last fight I met Melvin and his brother,” Higo revealed. “I thought they were from another weight class because they’re too big, too strong. I even joked with Pedro Falcao like, ‘Look at that, Pedrinho, the size of the guys we’ll have to take down.’”

Also scheduled to compete on the card is former RFA welterweight champion Benjamin Smith, Blumer’s twin brother Marvin Blumer, and lightweight Chad Curry. Blumer is set to face Bill Kamery, while Curry will take on Landon Vannata. Smith’s opponent has yet to be determined.